Home Recommended Publishing The "homologation" of Guerini provides an example ...

Guerini's "homologation" provides an example of the nullity of Italian politics 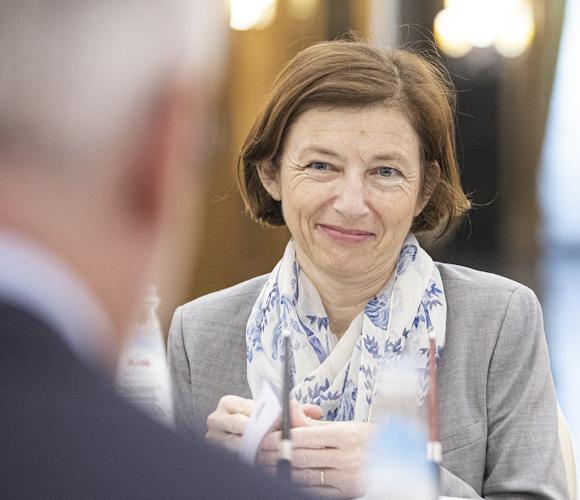 Reading the communications from the Ministry of Defense we find out that last Thursday "theDefense Minister Lorenzo Guerini received the visit of the fellow worker French Florence Parly to discuss the main bilateral interest dossiers. "

Florence Parly is Minister of the Armed Forces French since 2017, not just a "defense minister". For three years in France the Ministère de la Défense has changed its name to Ministry of Armies. The transalpine change of name is not a formal act: it represents a respect for the military instrument - unknown to us - which has translated, in recent years, into new investments and recruitments. On the other hand, in the world, it is only the self-styled Italian "foreign policy" that believes that the military serves as a target (v.articolo) or act as "ascari".

So "colleague" of whom, our defense minister ??? I am not aware that French contingents are at the service of Italian interests (v.articolo) or Turks (v.articolo).

The aspect in question is, however, nothing when compared to the tragicomic appointment between the parties. In just three years Florence Parly has met three different defense ministers: Roberta Pinotti, Elisabetta Trenta and Lorenzo Guerini. 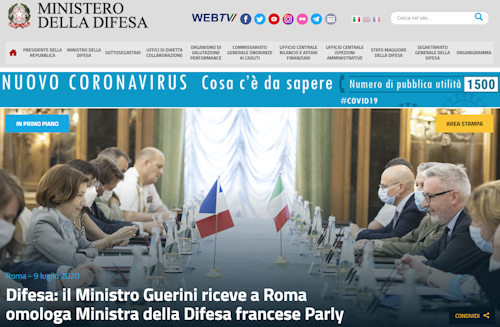 "Comical" because we can easily imagine the comments of the French Minister's staff at each change of interlocutor. And in this period the mask helps a lot of foreigners to meet our representatives ...

"Tragic" because the Defense (like politics in general) needs continuity to seriously carry out projects, strategies, programs and missions.

The current "invisible" Minister of Defense is indicated by many insiders as an alternative nothing less than to the Prime Minister Giuseppe Conte!

After Pinotti's fleeting quirinal ambitions (the outcome was no less unsuccessful than the subsequent elections in his college) and the fleeting appearance of the Thirty (made by his own inventors), we are confident that the aspiration of the current Defense Minister is more realistic: last more than a year, like the previous one - yes - "colleague".

Photo: Ministry of Forces ... of Defense

Let me paraphrase Rhett Butler and state that, unlike other analysts, I believe that of ...
10352
Read

Online Defense readers often ask me if it would be no less painful for Ukraine to give up and accept a ...
5408
Read

102 days of war brought to light many aspects of our country that were easily imaginable or we had ...
5240
Read

These days Ukrainian fighters are receiving arms supplies from NATO and other countries of the ...
10915
Read