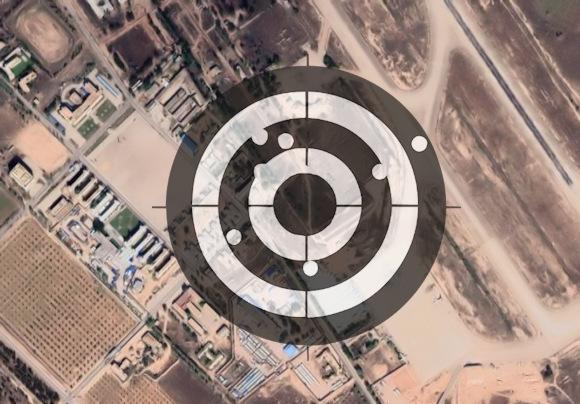 Italian citizens still finance - unsuspecting - an unnecessary "peace" mission in a "war" theater which translates into 300 "human shields" displayed in the turcofila enclave of Misurata.

Possible? !!! Let's take a step back and analyze the "Bilateral mission of assistance and support in Libya "(MIASIT) ...

As reported by the website of the Ministry of Defense (v.link):

The mission is intended to provide assistance and support to the Government of the Libyan National Agreement and is the result of the reconfiguration, in a single device, of the activities of health and humanitarian support provided byOperation Hippocrates and some technical-maintenance support tasks for the Libyan coastguard included in the Mare Safe operation.

The new mission includes: the health and humanitarian support activities included in the Hippocratic Operation, whose deadline was set, as an independent mission, on December 31, 2017; some tasks foreseen by the mission in support of the Libyan coastguard, including those for the restoration of Libyan air vehicles and airports, hitherto included among those carried out by the national airship device "Safe Sea". 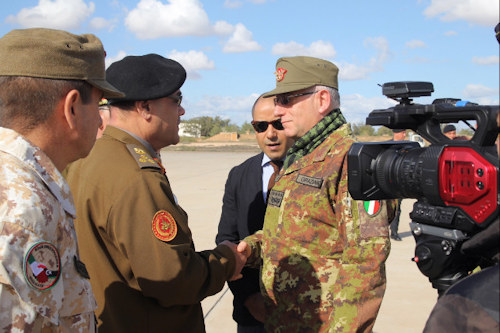 MIASIT, therefore, except for the part relating to support to the Libyan Coast Guard, is a mission that has and "would like" to have as its purpose a form of health support to the Government of National Accord, the one recognized by the UN and the self-styled "international community". In practice it is the continuation of theOperation Hippocrates (photo, "deployment of a field hospital structure in the Misurata area starting from 2017", v.link) is as the Ministry of Defense always reports:

The operation, from 1 Jan. 2018, was reconfigured as part of the health and humanitarian support activities provided for by the "Bilateral Assistance and Support Mission in Libya".

The national contribution established by Law 225/2016, authorized for the whole year 2017, a maximum volume of 300 military personnel and 103 land vehicles.

The operation was as follows: one health component (field hospital), a command / control component and logistical operation and a unit for the protection of all the components of the hospital facility.

The staff, interforce, was made up of health structures specialized in the treatment of war wounded, in particular in emergency, vascular, maxillofacial, orthopedic and neurosurgery surgery, as well as those in communications, command and control, logistics and those intended for the protection of force. The health personnel, structures and equipment came from bodies and departments of the Army and Air Force, including the Policlinico del Celio, territorial health bodies and the operational area.
An Italian military medical team also provided coordination, advice and training to Libyan medical colleagues.

The device in place also had an emergency medical transportation capacity (Strategical Aeromedical Evacuation - STRATEVAC) from the area of ​​operations to the national territory, with the possible redeployment of a C-27J Air Force aircraft on the Misurata airport .

The reality that is NOT told?

Italian taxpayers have been financing a small field military hospital and support a mission that can be considered failed for years.

The military doctors employed today and to be employed in MIASIT until 2022 are just ... 7 !!!

Every two months alternate teams composed of medical officers from all the departments of the Armed Forces who make 1 week of amalgam at the School of Health (“Artale” Barracks in Rome Cecchignola) before leaving for the Operative Theater.

Remember the tasks listed on the Defense website? Well the teams include 1 general surgeon and 1 orthopedic surgeon, 1 anesthesiologist, 1 laboratory doctor, 3 doctors for acceptance and hospitalization ... mostly unskilled - lieutenants or captains - and 1 pharmacist. The highest in rank is the team manager. 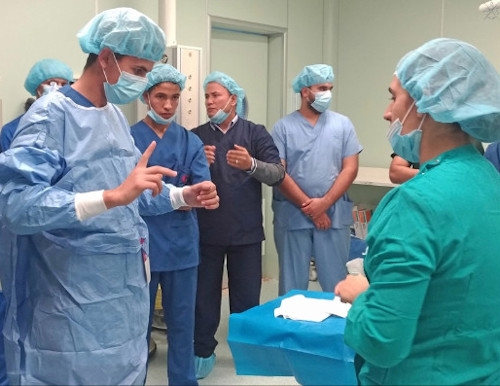 The radiologist is missing. There is "teleradiology". If it should serve you connect to the Celio in Rome.

The serious fact is that the surgeons are only 2 for each two-month shift, they come from the Celio but, sometimes, from the most disparate departments and "not always" have retained the surgical manual skills.

The Armed Force has foreseen bilateral agreements for the "retraining" of these surgeons who have lost their manual skills before their use in the Operating Theater, but this has only been possible in a few cases.

Do military surgeons go to Libya (and Afghanistan) not only in subnumber, but also without "retraining"?

The medical staff insured in Libya by the Italian Army is completely insufficient and inadequate (with only 2 surgeons, sometimes with an untrained dexterity!) not only in order to help the Libyan population but also the 300 Italian soldiers deployed in Misrata!

And what would happen if 2 Italian soldiers (who unlike Afghanistan could not count on military hospitals of other nations) were "injured" simultaneously?

But above all how can a team of only 2 surgeons (absolutely insufficient for any serious medical goal and that they cannot physically operate continuously) ensure all that foreseen by the MIASIT tasks ??? 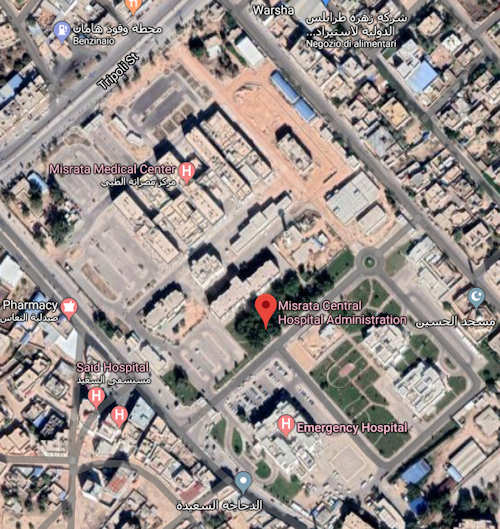 To ensure the so-called "security framework" and logistical support for the "surgical team" (operating room, canteen, facility surveillance, etc ...) the Defense pays and RISKS the lives of over 300 people.

What's the point of all this? The fear, given the now "legendary farsightedness and fearlessness" of our governments, is that for not having had the courage to comply with requests for security support from the government "recognized by the international community" (there was talk of an overall need of 25.000 men and women) - or one "military" force (unpronounceable term for certain political subjects) -, someone wanted to keep a flag on the Libyan paper: one "Show the flag", transfiguring our assets for usual use Politically correct.

The result? Hundreds of Italian soldiers seem to serve only the function of HUMAN SHIELDS in a city where for the population There is NO need for ours Role 2: important hospitals - like the Misurata Central Hospital (photo), with DOZENS of doctors, surgeons and orthopedists - arise in the city a few kilometers from the airport.

The lack of results of the last 2 years of activity is evident from what the Ministry of Defense communicates (v.link).

Given the delicate international balance, our "hospital" actually represents (v.link) an obstacle for General Haftar: it prevents him from bombing the Misurata airport decisively and taking back the city.

At this point, the government must have the courage to tell the truth and the inevitable questions:

In summary: WHAT ARE WE STILL DOING WITH A NEEDLESS AND RISKY HEALTH SYSTEM FOR OUR MEASURED MILITARY?

Do we have to wait for the first "official" victim to take some action, look reality in the face and stop it with exits that not even a child of the flowers under LSD would have allowed half a century ago ?!