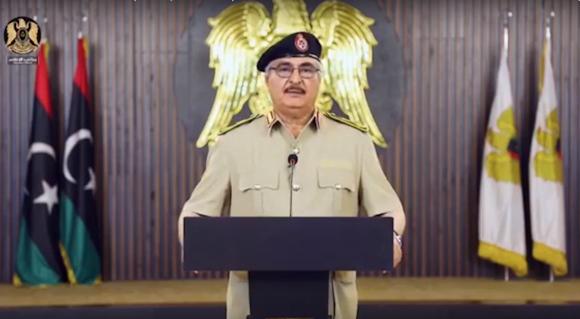 The commander of the Libyan National Army (LNA), the army of the government that controls the 90% of Libya, yesterday gave the start "to the final attack in Tripoli to free it from terrorists and traitors".

The puppet president (but "recognized by the international community") al Sarraj is abroad (gossips would already like to enjoy his pension in Turkey).

End of the play? Hazard of one of the parties? Premise of an escalation and of the Turkish occupation of the country? There are many variables involved.

The certainty is one: whoever has passed off as a "politician" the solution for Libya has committed the umpteenth mistake ... Now even the bales "are at zero". The end of lies - in a strategic country for Italy - passes unequivocally for weapons. Also for the five rifles that the Prime Minister - in agreement with the former Minister of Defense Trenta - donated for peace initiatives that not even a child of flowers would have believed in the sixties (v.articolo).

We also hope that those who did not notice the start of hostilities in Tripoli 9 months ago (v. article) and apparently fell from the pear tree (very serious if true!) a month later (v.link), repent and understand that at stake is not the "backside of others" but that of our country.

We would never want "one day" to our soldiers in Libya - with a health / training mission - to be asked to fight on the wrong side and maybe die in silence. Those boys have sworn to donate their existence to the Fatherland, not to avoid embarrassment to the "Sarraj de noantri".

Let me paraphrase Rhett Butler and state that, unlike other analysts, I believe that of ...
10224
Read

Online Defense readers often ask me if it would be no less painful for Ukraine to give up and accept a ...
5347
Read