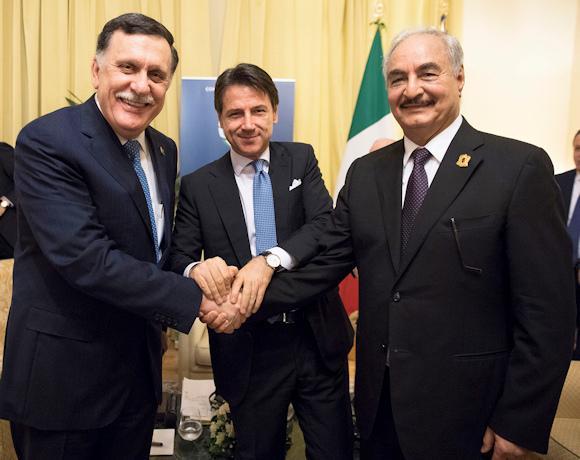 Air of war in Libya. The army of Haftar and the tripoline militias would be at the showdown. The road to Ras Jedir, on the border with Tunisia, has been a long queue of fleeing vehicles for days. Cars that are too old or too new are the mirror of a society now divided between too poor and too rich.

Life in Libya has been characterized by anarchy for years: blackouts, shabby and dangerous roads, lack of water, cash hiccups, skyrocketing prices.

While sources close to the Libyan "government of national agreement" hastened to deny the latest attack on premier Fayez al Sarraj, others report that he narrowly escaped death. As soon as he arrived on Monday at the airport in Tripoli, he would have been attacked by one of the militia leaders of Rada (militia deployed on his side until yesterday) that, after accusing him of being a "son of p ... ... agent of Qatar", would have opened fire with his own weapon. Only the readiness of the escort would have avoided the worst.