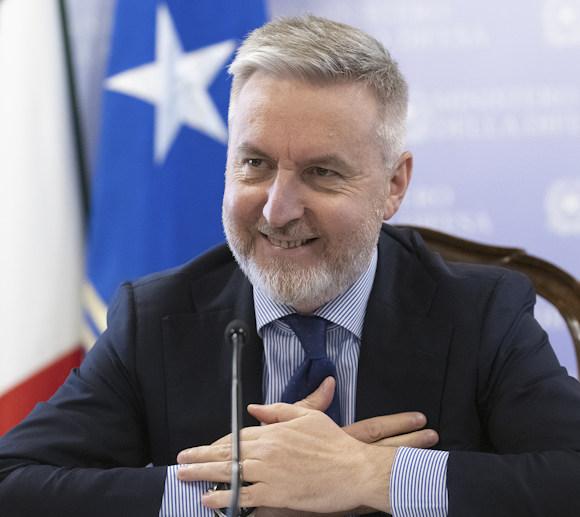 The story of the more than 3 compatriots in uniform of the MIASIT mission blocked in Libya would be resolved (with just 200 months delay). The Libyans would finally give in on the visas for their exchange.

At the beginning of spring - we remember - our contingent, between humiliations and various "bullying" (v.articolo), had exceeded 6 months of stay in the theater with no signs of returning to his homeland.

Four days ago a glimmer of light ... "It is the result of a positive work, which ended in these hours, the result of the fruitful institutional synergy, first of all with the Libyan authorities, which I want to thank for their collaboration" - declared Defense Minister Lorenzo Guerini, underlining - "I thank Minister Di Maio for this for his support and commitment and for his concrete contribution to achieving this result".

I am certain - as reported by several (suspicious) sources - that the work of the diligent Minister of Defense Lorenzo Guerini was immediate, rapid, synergistic and decisive.

As a fan of the American director Quentin Tarantino, however, I would like to suggest a brush up on a 1994 masterpiece, “Pulp Fiction”. This is because one of the icons of the film, Mr Wolf, avoided "doing a certain thing to each other" before completely completing a grain. His famous entry on the scene was then "I'm Mr. Wolf, I solve problems", Not "I combine messes".

Another important character, Marsellus Wallace, in the face of the difficulties of his men repeated and comforted with a "There are no problems. I think about this whore. Go back inside and reassure the boys. "

I understand the difficulties and the "profuse" human resources but in some all national fools rather than "Pulp Fiction", the "Teletubbies" come to mind.

"The West has grasped the desire to create peace plans that should lead to a solution to the crisis in ...
1559
Read

Dear reader, For nine years Difesa Online has been fighting with its strength together with the help of some readers and sponsors. The...
5372
Read

These days Ukrainian fighters are receiving arms supplies from NATO and other countries of the ...
9998
Read

Russia can only win given its superiority. This mantra - self-evident for the historical mission of ...
7792
Read

For almost a month, Italy has been facing its worst nightmare: the word "war". For historical reasons that term is ...
8434
Read