Navy: the frigate Marceglia leaves its moorings and heads towards the Gulf of Guinea 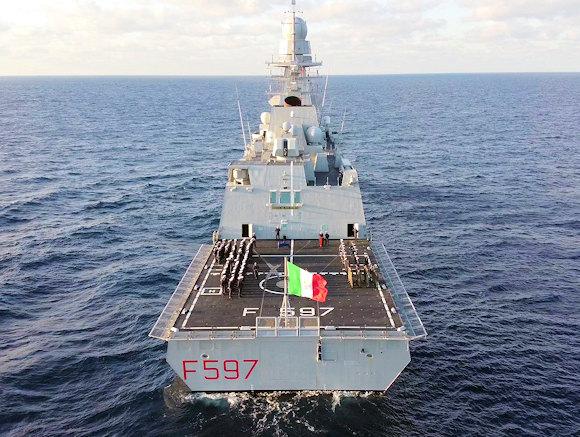 Today, Friday 3 September, at the end of an intense period of preparation, Nave Marceglia, under the command of frigate captain Francesco Ruggiero, leaves La Spezia to travel to the Gulf of Guinea where it will be engaged for about four months in the “Gabinia” operation, a mission whose main objective is to prevent and counter the phenomenon of piracy.

The Gulf of Guinea is one of the seas in the world most at risk from piracy attacks, but at the same time of extreme importance for our country, due to its close connection with the Mediterranean and the strong related national interests. In fact, attacks against merchant ships in transit in the area are increasingly frequent, so much so that they are considered a concrete and constant risk to the free use of the sea. This phenomenon undermines the freedom of navigation and hinders the international production and commercial chain, to the detriment of the global economy.

The activity of the eighth unit of the FREMM project (European Multi-Mission FRegate) in the Gulf of Guinea has as its objective the surveillance or maritime surveillance to protect national interests and the safety of maritime routes, but also to cooperate with the marinas of the countries riparian in order to increase mutual knowledge and trust and to contribute to the improvement of security conditions in the region.

Ship Marceglia is, in fact, able to react promptly to a piracy event, using at the same time the SH-90 helicopters embarked, the fast boats and the specialized personnel of the marine brigade Saint Mark.

During the mission there will be training opportunities with the navies of the countries operating in the area, in order to increase the level of training and interoperability of the respective crews, as well as enhance and promote the peculiarities of the systems embarked on the FREMM class units in the scope of the continuous support of the Navy to the Country System.

Ship Marceglia it will patrol the waters of the Gulf of Guinea until next December.