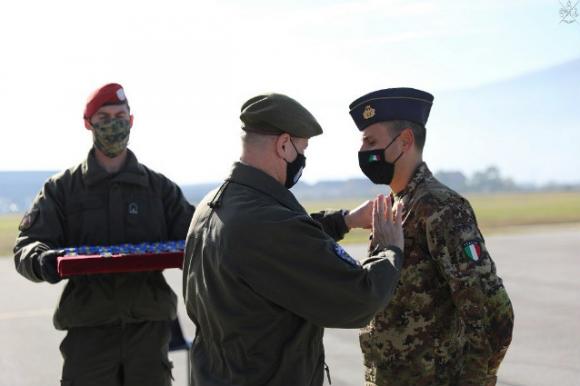 About 300 le Common Security and Defense Policy (CSDP) Service Medal delivered in the morning of 23 October to the soldiers involved in the EUFOR ALTHEA operation in Bosnia and Herzegovina representing the approximately one thousand soldiers and civilians from 20 nations constantly employed in the multiple, complex and delicate tasks carried out daily by the components of the operation.

La Medal Parade is the ceremony that sanctions and recognizes the commitment of men and women in service under the aegis of the European Union in favor of the community and the population of Bosnia and Herzegovina to guarantee the stability and safety of the country.

The ceremony, which took place in compliance with the anti-COVID-19 social distancing measures, in the presence of the civil and military authorities, was attended by the Italian soldiers, coming from the ranks of the Italian Army and the Air Force, as well as the representatives of a large part of the 20 contingents participating in the operation (Albania, Austria, Chile, France, Greece, Poland, United Kingdom, Romania, Slovakia, Spain, Turkey, Hungary). 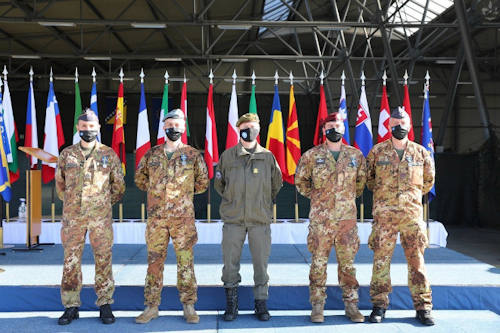 The commander of EUFOR ALTHEA, Major General Reinhard Trischak (Austrian Army), in his speech to the staff and the defendants highlighted how "The awarding of the CSDP Medal which bears the Latin word PRO PACE UNUM on the back is enriched today with further significance for the spirit of sacrifice and capacity for adaptation demonstrated, characteristics that have allowed the EUFOR Command to pursue all tasks in line with the mandate assigned despite the difficulties dictated by the COVID-19 pandemic which confronted us with new and unpredictable problems. " COM EUFOR finally wanted to underline, with heartfelt thanks: "... the fundamental role of the families of each of the soldiers, no one excluded and all to the same extent, who share, if not even exceed, the commitment that each of you is called to make every day as a fundamental and indispensable contribution to achieving of the Mission's objectives ".

The mission of the EUFOR ALTHEA operation, which has been steadily alongside the country for years, has been reconfigured since 2012 and has been called, while maintaining its obligations as established by the executive mandate in line with the requirements of the Security Council of the UN, to turn its attention to strengthening the training and operational capacity of the Armed Forces of Bosnia and Herzegovina in order to continue to guarantee, in perfect synergy and constant unity of purpose with them, the maintenance and continuous strengthening of a safe and stable environment and territory.

More than 4 tons of pasta were distributed by the soldiers of the Italian contingent of UNIFIL to two houses of ...
33
Read

100 days were particularly intense those just passed by the European contingent in Somalia, in which it is ...
564
Read