Nave Marceglia participates in the seventh edition of the EUROMARSEC exercise 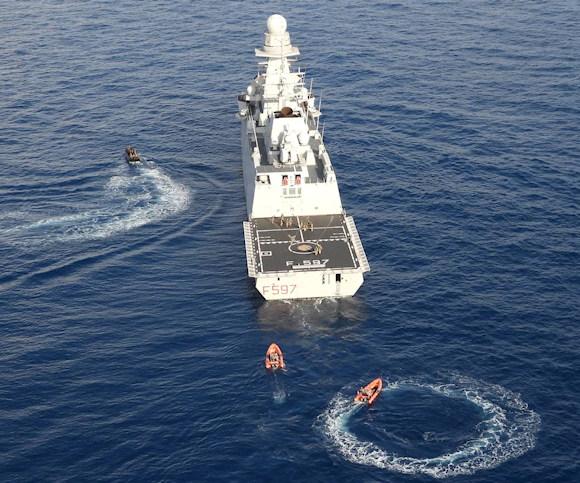 On November 21, 2021, in the waters facing the Nigerian coasts, the 7th edition of theEuropean Maritime Security 2021, a trilateral activity which has seen Nave cooperate with training purposes Antonio Marceglia of the Italian Navy, the NRP Zaire, patrol vessel of the Portuguese navy, and the HDMS Esbern Snare, frigate of the Danish navy; all European units with which it has been underway since the beginning of deployment of Nave Marceglia constant tactical coordination of the operations of maritime security in the Gulf of Guinea.

The exercise had the dual purpose of encouraging the European concept of CMP (Coordinated Maritime Presences), aimed at consolidating the integrated approach between the European assets engaged in their respective national missions within a highly unstable area such as the Gulf of Guinea, and to strengthen the cooperation between the Units of the European Union countries deployed for anti-piracy tasks and to promote the visibility of the union, as a reliable partner and guarantor of maritime safety, in the Area of ​​Operations.

In order to refine operational tactics, interoperability and intervention capabilities, the three naval units carried out various series of exercises, such as simple and complex kinematic maneuvers, light flash and flag signal exercises as well as radio communication procedures. The core of the event was the activity of Visit, Board, Search, and Seizure (VBSS), carried out in full compliance with the anti-Covid 19 protocol, for the benefit of the various team boarding, including the Team Opposed of the marine brigade Saint Mark, embarked on a ship Marceglia.

The activity made it possible to test the operational readiness and flexibility of use: specifically, the specialist personnel of the various units carried out the boarding operations each other, putting in place the insertion tactics by means of rigid keel inflatable boats. Joint training is a fundamental element of comparison and growth, which aims to "share" best practices, with a view to improving the effectiveness of use of the respective assets, as well as an opportunity to reinvigorate and strengthen links with at the end of the exercise, the Italian frigate, under the guidance of the frigate captain Francesco Ruggiero, veered the bow towards Accra, the capital of Ghana, where a logistical stop is planned.

Inserted in a unique environmental context in the Mediterranean, the NCO School of the Navy in La Maddalena ...
3201
Read 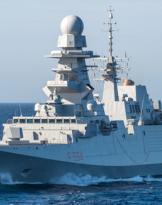 The Alpino frigate returned last night to the port of Taranto after a month of activity with the Carrier Strike Group 8 (...
1019
Read 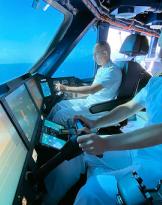 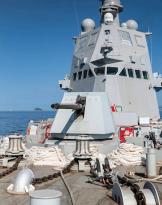 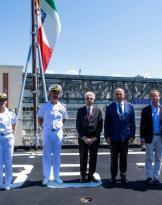 Nave San Giusto returned to greet Trieste where the first stage of the 2022 Education Campaign took place in favor ...
430
Read 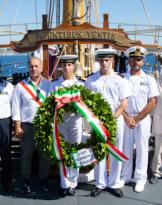 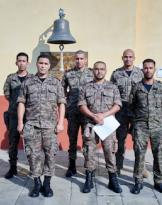 The COMSUBIN Underwater School continues its incessant work of high educational value not only in favor of the ...
9651
Read 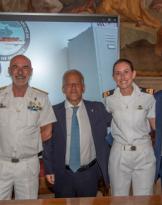 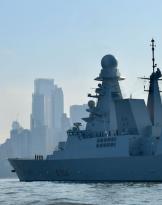 “A feat that deserves to be celebrated, the one accomplished by Nave Duilio and his valiant crew. An adventure...
1919
Read 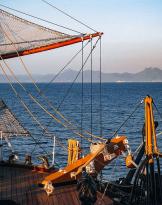 Nave Vespucci stopped in the port of La Goulette, near Tunis, from 12 to 14 July, carrying out the first ...
539
Read