Mare Nostrum: The MM succumbs to more than a thousand migrants in the last 24h 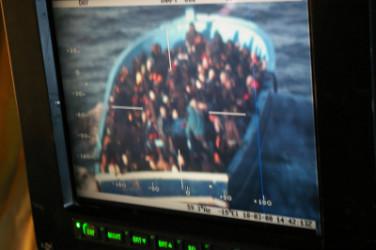 At the end of the night the operations of rescue of the migrants by the aero-naval means of the device were terminated Mare Nostrum south of Lampedusa.

The helicopters loaded on Navy ships and theAtlantic of 41 ° Flock of the Italian Air Forcetaken off from Sigonella with mixed Marina and Aeronautica crew, in the afternoon they sighted the boats in precarious floating conditions and overloaded with men, women and children.

The Sirio patrol boat and the Urania corvette, with the support of the 303 and 403 patrol boats of the Port Authority, rescued 687 migrants from African and Asian countries such as Egypt, Pakistan, Iraq and Tunisia.

The migrants, who will be transferred today to the amphibious ship San Marco, will join the 136 rescued yesterday and tomorrow morning, they will be disembarked in the port of Augusta according to the provisions of the Ministry of the Interior.

The frigate Zephyr last night 233 migrants landed in the Sicilian port of Augusta (7 of them women) rescued at sea by the amphibious ship San Marco on January XNUMXst.

Yesterday, at 12:00, in the suggestive Piazza d'Armi of the Aragonese Castle of Taranto, the...
360
Read

The third millennium has opened, as indeed already foreseen, with serious geopolitical crises whose effects have...
4758
Read