Mare Nostrum: the Zeffiro frigate in rescue to an inflatable boat 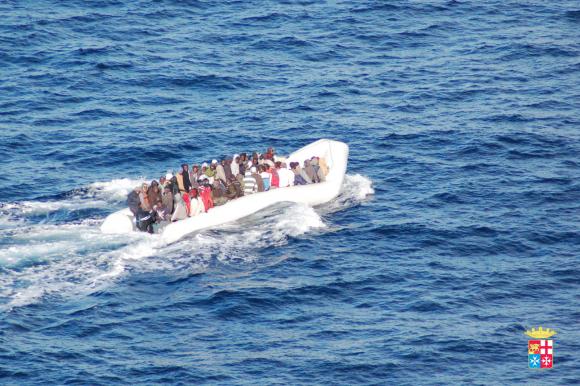 The AB 212 helicopter of the frigate Zeffiro spotted a rubber boat in the morning with about 100 migrantia on the southern edge of Lampedusa.

The Zeffiro, having reached the dinghy, having ascertained the precarious conditions of stability and the absence of safety equipment, began rescue operations.

Afternoon update: The 105 migrants rescued this morning by the Navy frigate Zeffiro, have been transhipped on ship Saint Mark to proceed with the formal identification operations by the State Police team, boarded on the amphibious ship San Marco.

At the end, they will be transferred to the patrol vessel Sirio, which will reach the port of Augusta in the late morning tomorrow where the migrants will be disembarked.

Yesterday, at 12:00, in the suggestive Piazza d'Armi of the Aragonese Castle of Taranto, the...
358
Read