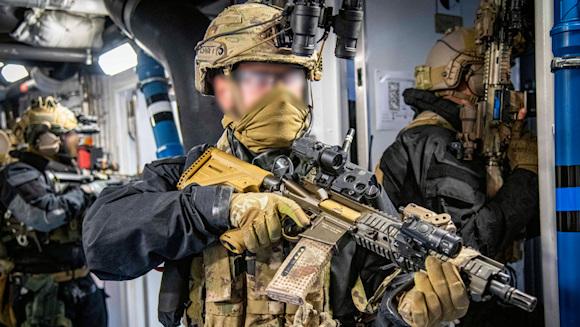 The merchant and commercial traffic of cruise ships now represents the main "vehicle" for the development of trade and international economic interests, with about 90% of goods traveling on the sea with a value corresponding to over 12% of "GDP" It is therefore evident that in a context so crowded with maritime traffic, the ships flying the Italian flag, which sail the waters of the globe every day, represent a fundamental and sensitive element in the context of the economy and national security.

This concept is confirmed by the reality consolidated in recent years with frequent episodes of political-religious piracy or terrorism to the detriment of merchant shipping, which make these risks in the maritime domain particularly topical.

The Navy, in order to train its men and vehicles to conduct security and counter-terrorism operations on the high seas, periodically carries out a complex exercise called "Black-Shadow". 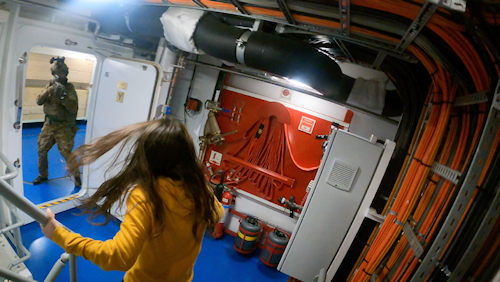 This year, over 350 men and women are engaged in this activity from various departments of the Navy. Participating in the frigate Carlo Bergamini, the Vulcano refueler, 3 naval aviation helicopters of the Italian Navy (two MH-101As of the first helicopter group, in the "heli-storm" role operating from the Luni base and one MH-90A in the "sniper" and "heli-storm" role of the fifth helicopter group, embarked on a ship Bergamini) whose coordination is ensured by the helicopter assault department (REA) of the Air Force command (COMFORAER) embarked on a ship Bergamini, the raiding operations group (GOI) and the rifle platoons of the San Marco marine brigade (BMSM).

The exercise reproduces, in an extremely realistic scenario, the simulation of the taking of control of a passenger unit by an armed group by implementing all the typical measures in these situations in which, in addition to taking many passengers hostage, they are used explosive traps in order to hinder any interventions for the restoration of control and the safety of the ship and crew by the special forces.

During the night of October 29, between the Ligurian Sea and the Tyrrhenian Sea, the GOI teams are secretly released by Nave Bergamini through assault boats and some MH 101 and MH 90 helicopters. 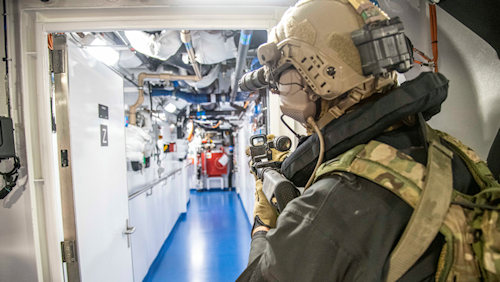 Taking advantage of the darkness, the assault teams approach the hostage ship at full speed, setting up a complex and simultaneous raid where different rates of raiders: from the sea, through the use of rigid keel inflatable boats, so-called RHIBs, and from the sky, with other teams released by assault helicopters.

The entire boarding takes place under the constant cover of snipers, who, aboard another aircraft, are able to engage any threats. Following the initial assault, through the technique of fast rope - or with a helicopter beard - or possibly with RHIB, an entire platoon combat support of Saint Mark, accompanied by dog ​​assets specialized in the search for explosives and called "Patrol Explosive Detection Dog" (PEDD), intervenes to provide the necessary and indispensable combat support in order to guarantee the raiders to dedicate themselves to the main objectives: ship control and release of hostages on board.

Thanks to the synergy between the numerous assets used and a clear and defined chain of command and control, the assets of the Navy are able, in a few hours, to complete the assigned mission, which ends with the reacquisition of control of the passenger unit, the release of all hostages, the arrest of the hijackers and the securing of the many premises of the ship.

The realism of the exercise, keystone of the entire activity, guaranteed the Navy to maintain the high level of operational readiness required by the primary tasks of defending the vital interests of the country. 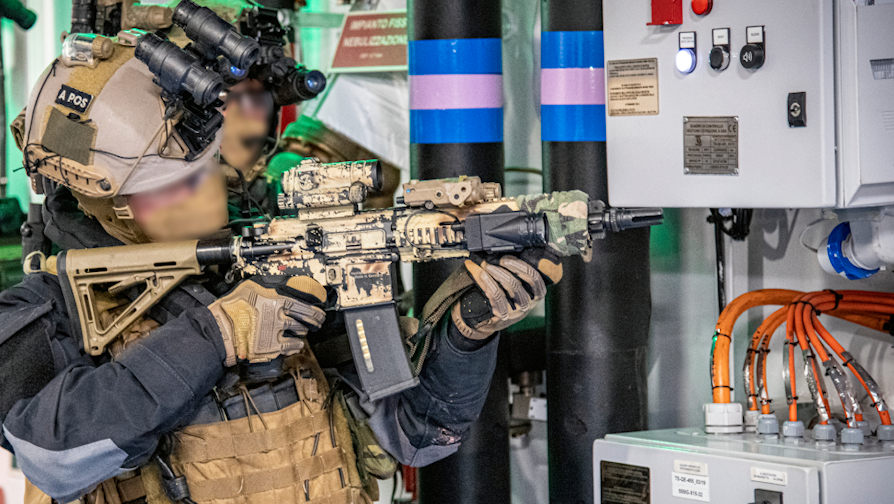 The XXV national meeting of the Italian Society of Underwater Medicine was held in Padua from 2 to 4 December and...
32
Read

Yesterday, at 12:00, in the suggestive Piazza d'Armi of the Aragonese Castle of Taranto, the...
43
Read

On Monday 5 December, with the award ceremony in the Piazza d'Armi of the Non-Commissioned Officers School of Taranto, it was...
16
Read

With the solemn act of Oath of Loyalty to the Republican Institutions last December 1st, at the Scuola...
287
Read

The handover ceremony of the command took place on 28 November 2022 at the naval base in Cagliari...
4496
Read

The third millennium has opened, as indeed already foreseen, with serious geopolitical crises whose effects have...
4680
Read