Aragonese Castle of Taranto, a boom in visitors in 2021 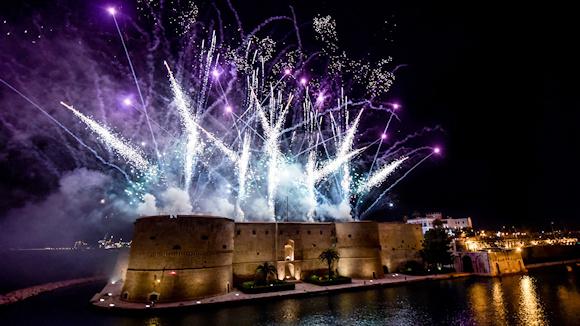 More than 40% of visits compared to 2020, for a total of 30.615 tourists since last June: these are the numbers of a success that the Ministry of Culture is betting on, with an investment of 2,57 million euros for the restoration and conservative rehabilitation of the Aragonese Castle of Taranto, managed by the Navy.

The tours, organized and guided by the sailors, are a walk through time that winds through the Middle Ages, the Renaissance and the Napoleonic period, up to the present day: millennia of military strategies told by the solidity of the external ramparts, from the first tapered towers for the throwing of rocks , arrows and streams of hot oil along the walls, from the disturbing torture chamber, through the dense internal web of secret tunnels and combat corridors that lead to the artillery posts built after the revolutionary discovery of gunpowder.

The charm of the manor, in fact, has its roots in the year 1000, when it was built by the Byzantines to protect themselves from attacks from the sea by the Saracens. So high and narrow walls arose close to the waters, a navigable canal for small boats, and the fortress was gradually enriched with those elements that identify it today: structural changes to house the cannons commissioned by Ferdinand of Aragon in 1486, low and wide towers, curtain walls for the excavation of passages. Over the centuries the Habsburgs diminished its importance, until Napoleon Bonaparte restored it to its original function. Not only a defensive fortress but also a hard prison, the one imposed on General Thomas-Alexandre Dumas narrated in the pages of the "Count of Monte Cristo".

Also known as Castel Sant'Angelo, it is one of the most representative structures of the City of the Two Seas: evocative, majestic, centrally located under the famous Ponte Girevole that connects the island of the ancient village to the new city and crosses the canal that joins the Mar Grande to the Mar Piccolo.

Every day until late at night, the Castle opens its doors to tourists: 15 visits to treat yourself to a unique emotion, including historical artifacts and breathtaking landscapes, and a fantastic adventure for the little ones.

On June 17, 2022, the salutation of the brigade took place at the forecourt of the E. Carlotto barracks in Brindisi ...
371
Read

Do you swear it? I swear!!! After more than two and a half years, the majestic scream of the VFP1 students of Mariscuola La Maddalena ...
332
Read

The multinational exercise ADRION 10 ended on Friday 22 June, after six days of activity. Among the navies ...
529
Read

On the evening of Tuesday 7 June, the Palinuro School ship set sail from the Military Arsenal of La Spezia to give ...
405
Read

Exactly four months after the start of production on 11 January, at the factory ...
42805
Read