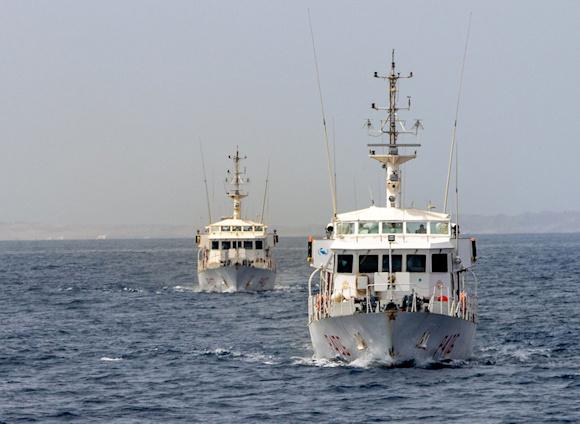 The naval units of the Italian MM continue, 40 years after the establishment of the MFO Sinai, to be based in the port of Sharm el-Sheikh, in the south-east of the Sinai, in order to ensure the maintenance of peace between the Republic Arab of Egypt and the State of Israel, on the basis of the Camp David agreements of September 17, 1978 which sanctioned the birth of the MFO Multinational Force and Observers.

The international military organization MFO was deployed in the Sinai Peninsula on April 25, 1982 and since then Italy, with 11 other participating countries (Australia, Canada, Colombia, Fiji Islands, France, New Zealand, Norway, Great Britain, Czech Republic, Uruguay, USA), contributes to the mission with a military contingent of the Navy, called Coastal Patrol Unit (CPU).

The Navy has actively participated in the mission since 25 March 1982 (with patrols starting in April).

Specifically, the Italian naval units monitor the strategic passage of the Straits of Tiran, obligatory access to the Gulf of Aqaba, overlooked by Saudi Arabia, Egypt, Jordan and Israel in order to report any possible violation of the 1978 Peace Treaty. 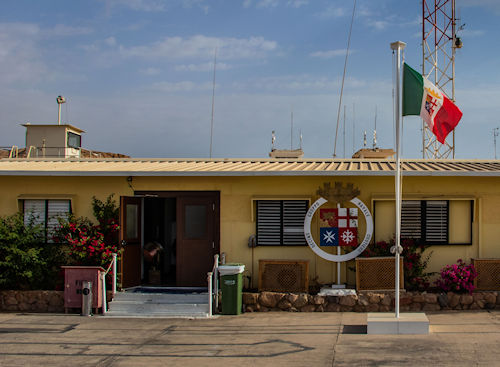 More specifically, three patrol vessels of the class operate under the auspices of the MFO Explorer and the contingent, also from the Navy, is made up of 78 soldiers: in addition to the three crews, there is a number of personnel from the marine brigade Saint Mark (30 GaT soldiers - Ground group) responsible for Force Protection; technical staff; EOD specialized divers and other military personnel employed in the Operations Room (Tactical Operational Center), in the logistic staff, in the administrative one and in the medical team, the latter committed to addressing the health needs not only of the Italian contingent, but working in favor of entire military base.

The naval units of the 10th coastal naval group have carried out, since the beginning of the mission, over 170.000 hours of patrol, of which about 30% during the night, in an area of ​​operation about 600 square nautical miles, in surveillance of the Straits of Tiran, as choke point of international importance, through which over 1200 merchant vessels pass each year.

Le Ships of the Desert, as the units involved in the MFO have been renamed, have also taken part in various search and rescue operations, including: the recovery of the shipwrecked boat "the Rock" in August 2001, the activity following the disaster plane of the Boeing 737 of the Flash Airlines company in January 2004 and the rescue in favor of the shipwrecked ferry “El Salam Boccaccio 98” which sank in February 2006. 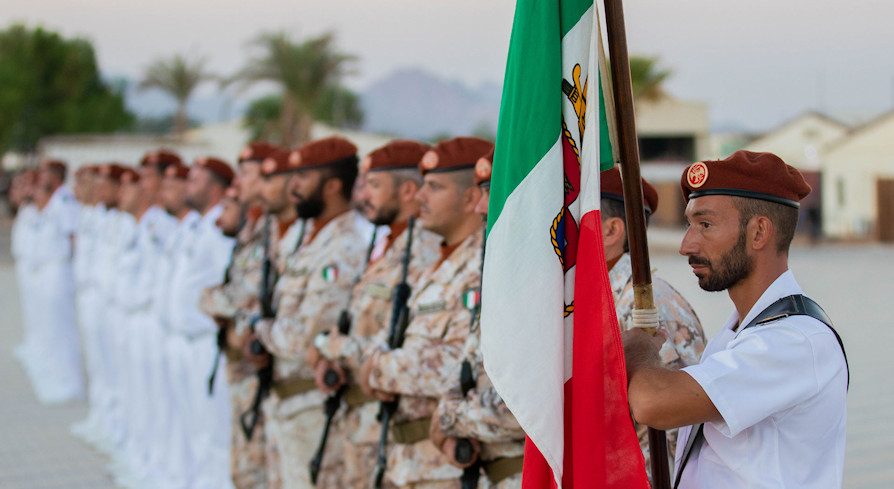 On June 17, 2022, the salutation of the brigade took place at the forecourt of the E. Carlotto barracks in Brindisi ...
458
Read

Exactly four months after the start of production on 11 January, at the factory ...
42836
Read