Tienanmen ("gate of Heavenly Peace"): whoever is silent is an accomplice

A massacre took place 31 years ago. After weeks of crowds of young people, workers and intellectuals demanding reforms and freedoms, the head of the Chinese Communist Party ordered thePeople's Liberation Army to open fire.

In China where, before speaking, Jesus too must memorize Mao's red booklet, the armed forces depend on the Party, not on the State.

Thousands of deaths in a few hours, tens of thousands in the decades to follow.

Those who did not know China were then horrified. Those who knew her knew that the massacre would inevitably occur. 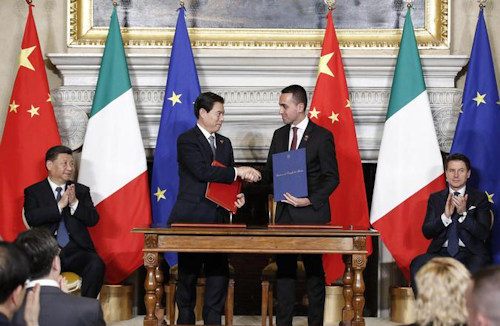 In Italy, some of us played with a plastic rattle or toy car. Someone else had finished their studies in law and evidently did not care to compare what they learned in Italy with a distant regime. Maybe he didn't have a curriculum back then.

After 31 years in some the conscience has remained unchanged: indifferent and plastic?

Whoever remains silent in front of that page of history is not a "diplomat" nor a politician, he becomes an accomplice.

If a country does not scruple to suppress fellow citizens, will it ever exterminate hundreds of thousands abroad?

Who can shake hands (smiling) with such killers?