Home Recommended Publishing Undersecretaries? There is no more time ... 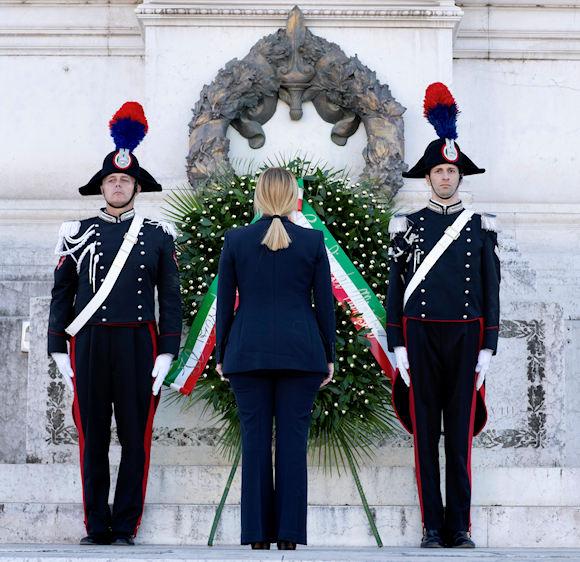 Since the prime minister seems, in principle, to have broken at the top level the long tradition in which dicasteries have often been considered "white" boxes to be filled regardless of skills, it is advisable not to contradict itself by giving in to empty cencellisms.

Soon he will have to choose dozens of undersecretaries. We are talking about fundamental figures to allow each minister to carry out his mandate in the best possible way.

The most disparate voices chase each other in favor of the most unlikely characters regarding the names with which to "fill" certain spaces. If until now this malpractice has been "tolerable", in this precise historical momentis a luxury that Italy can no longer afford.

There is therefore no more time for politicians parked for a few years (when it suits them) in a department reading speeches (written by others), to have a vague idea of ​​where they ended up only at the end of their assignment ... and "educated" on what to do by someone put in good faith (or "the benefit of others") in their office.

There is no more time to favor armchairs heated by indolent people personal careers.

There's no time, since it was Meloni himself who underlined the authority sought in the designated ministers, to support their collaborators without ideas, programs or awareness of urgencies.

There's no time to review resumes or evaluate recommendations for politicians who do not report a career or experience in a related commission for at least one term.

Personally, following his interventions for years, we appreciated Minister Crosetto's choice of defense and we look with regret at the attacks he is undergoing. His "unforgivable" fault? Probably knowing half of the world of Defense too well: he worked for a long time, as president of the AIAD (Federation of Italian Companies for Aerospace, Defense and Security), at the service of Italian companies in the sector (most of them , de facto, of the State).

Many ask themselves: "Will it continue to serve their partisan interests?" We certainly do not want to "award nobel" to those who could then destroy the trust placed with actions, but I believe that the best response of the minister will be the facts, the activities in the service of the Republic and not hot reactions (such as complaints ...).

Well - remaining in the defense sector - will Meloni be able to support improvised politicians with such a prepared character and with such a long experience? Colleagues to "place"?

We sincerely hope not. For one simple reason: there is no time to waste in saving the country from the earthquake underway and from the far worse disaster on the horizon. Who pretends not to see ...

With the appointment of Guido Crosetto, to the defense department, after many years, Italy has a minister competent for this ...
3242
Read

With today's oath, in front of the President of the Italian Republic, Sergio Mattarella, the Meloni government ...
6301
Read

Potentially he is the best defense minister of the last century: shrewd and prepared he will not need people who ...
9463
Read

"I re-established relations with President Putin a bit, a bit a lot. In the sense that for my birthday he ...
7671
Read

Yesterday in Bulgaria, in the Novo Selo base, the transfer to Italy of the command of NATO Enhanced took place ...
2948
Read

In these days the mayor of Pennabilli, a small town in the province of ...
7535
Read