Home Recommended Publishing At this point Italy could still ...

At this point Italy could still be a monarchy 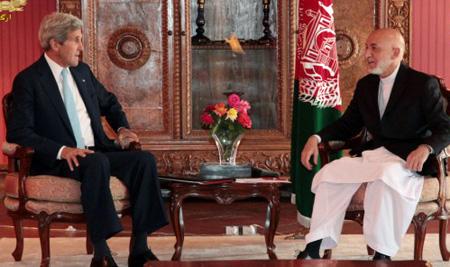 The new president of Afghanistan will officially take office on Monday. A few days ago, the results of the verification of the independent electoral commission, the one in charge of recounting the votes after the losing candidate had reported fraud, confirmed the winner of the competition in the former finance minister Ashraf Ghani Ahmadzai.

If the headline was not Online Defense what was written could be more than exhaustive. Since it is, I will tell you a story ...

At the beginning of June, a week after the run-off in Afghanistan between the candidate Abdullah Abdullah, who had obtained the 45% of the votes in the first round, and the candidate Ashraf Ghani Ahmadzai, who had instead obtained the 31,56% of the preferences, calls me an Afghan friend near the first one. He tells me - seriously alarmed - of a plan in place to overturn the result with even the will to reduce the share of consensus of those who had established themselves as the most likely winner.

What would you have done in my place?

I wrote a piece warning of the danger of electoral fraud that would have nullified years of work and the dear tribute of blood from Italy to Afghanistan. However, despite the warnings that had come to me, I did not believe for a moment that we could subvert so much an electoral result: it was not a head-to-head, it was a run-off between those who had already won and an unlikely challenger who had not not even "abolished the ICI" ...

An unacceptable result for any intelligent being. An insult.

That then at a ballot the number of voters rises above 40% is simply ridiculous.

Of course, I am not contesting the outcome of the Afghan elections, I am just stating that electoral phenomena of this magnitude do not occur in the real world. Perhaps in some political fiction novel that is closed and trashed when reading a similar passage to the cry of "whores!"

Well, today many may think that in Afghanistan, a government that does not represent the Afghan people has been maliciously installed by the largest exporters of democracy in the world. And this in the most delicate moment, that of the drastic decrease of international forces. An extraordinary gift for those who have never accepted this presence recognized the governments of the last 13 years.

The only thought that I have now in mind is: "if such a macroscopic fraud has been possible in our days, who assures me that a few years ago in Italy, in a much less clear and predictable comparison, the same thing did not happen in the referendum choice between monarchy and republic "?

Let me paraphrase Rhett Butler and state that, unlike other analysts, I believe that of ...
9411
Read

Online Defense readers often ask me if it would be no less painful for Ukraine to give up and accept a ...
5125
Read

102 days of war brought to light many aspects of our country that were easily imaginable or we had ...
5058
Read

"The West has grasped the desire to create peace plans that should lead to a solution to the crisis in ...
2194
Read

Dear reader, For nine years Difesa Online has been fighting with its strength together with the help of some readers and sponsors. The...
6124
Read

Last week there was a controversy over the downsizing (decided by the previous government) of the military ...
3652
Read

For over a month the news concerning Fincantieri, the most important shipbuilding group in Europe, ...
14035
Read

These days Ukrainian fighters are receiving arms supplies from NATO and other countries of the ...
10702
Read

The Italian rhetoric of "with all the problems that exist, this is not the right time" is electorally understandable but ...
2024
Read