Home Recommended Publishing Four months ago China told us how ...

Four months ago, China told us how to contain the coronavirus: a short story of excellent advice not followed 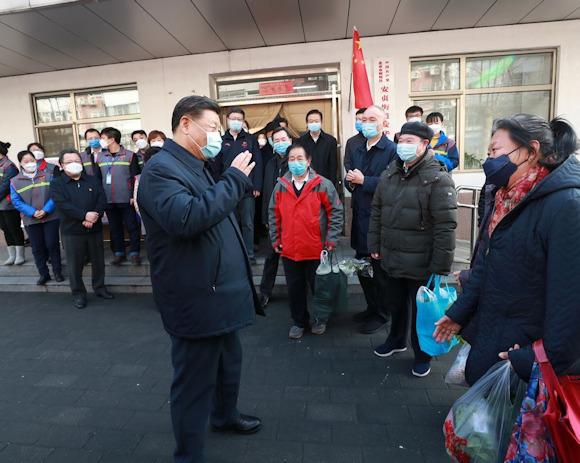 "Masks do not serve to protect healthy people, they serve to protect sick people and health professionals", "Surgical masks are not intended to protect the healthy: they must only be given to healthcare professionals and the sick" (Gualtiero Ricciardi, better known as Walter, February 25 and March 10, representative of Italy to the WHO and not of the WHO in Italy and sorry if the difference seems trivial to you ...)

“(A politician) who wears a mask in public causes panic. This is what we absolutely must avoid doing because there are no objective conditions for panic: fear is not based on objective data ". (Danilo Toninelli, former transport minister, former 5-star group leader, former claims liquidator, former adjunct officer, on February 27: in the following two months the pandemic would have killed at least 35.000 people in Italy and 400.000 worldwide)

"(The use of the mask) is dictated by pure alarmism instead of competence" (28 March, Giuseppe Calicchio, general manager of Pio Albergo Trivulzio, where at least 40% of the guests have become infected and the number of dead is the subject of very serious investigations) 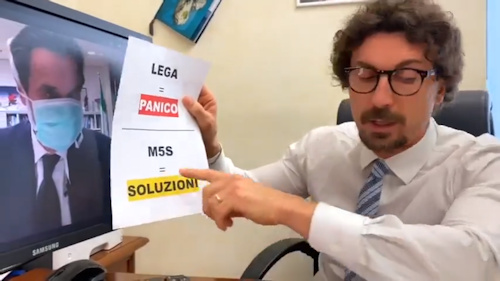 Can you imagine if instead of talking about the humble mask, an insufficient but absolutely necessary tool in the defense against an airborne virus, these four "giants" of science and politics had made the same statements regarding the use of condoms in contrast HIV? Open up heaven, open wide earth! They would have had the bulk of the press and social media on them, they would have been targeted by "expert" colleagues, ridiculed as scoundrels and branded for life as AIDS spreaders.

Instead, men of power are still respected today, making statements immediately taken up by the national media.

Now it turns out that even the WHO has taken a stand in favor of the masks. But the People's Republic of China thought about it and told us - before the notorious "patient one" who is not the first - how to deal effectively with the pandemic: in fact, through its highest representative, President Xi did Jinping, who appeared for the benefit of the media around the world on February 10, wearing, in fact, a simple surgical mask, without filters or other frills. 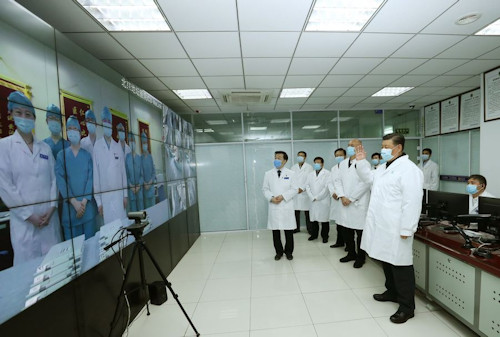 There are western leaders, like the Italian ones, who are familiar with him. Perhaps, they could modestly ask him why he himself, surrounded by a small but not too crowded crowd, had shown himself in public while carrying out official tasks or visiting hospitals and entrusting his life to that mask. In short, he had not resigned himself to remain in a state of siege as Putin does today, closed for weeks in his bunker outside Moscow, nor dared to challenge the face-to-face infection as Trump and Bolsonaro tried to do until a few weeks ago.

The explanation is simple: since the time of the pandemic caused by the Spanish flu (1918-1920) the mask, if worn by (almost) everyone, allows to reduce the amount of virus transmitted and, consequently, the viral load of the infected subject . It does this not only by holding back the famous droplet, but also preventing us from performing actions likely to spread the disease more, such as touching the nostrils or the inside of the nose with the fingers.

The asymptomatic patients, which are 90% but which the various Ricciardi and Toninelli did not even consider, manage to transmit the coronavirus, in fact, because these already lurks inside the nose before the (possible) appearance of the symptoms and from there takes advantage of the our most hygienically reprehensible habits to spread "Wildfire" as Parmitano would say. It is also for this reason that COVID-19 seems to have become better: not enough is getting from the infected to provoke an abnormal reaction. 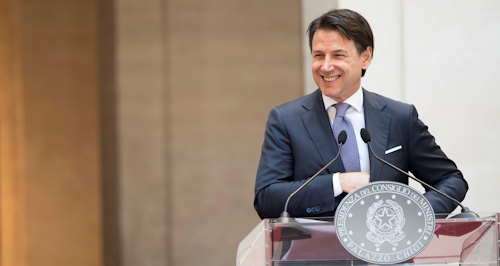 In short, Comrade Xi's "advice" has been ignored: and to think that the paper district in Lucca or the many Tuscan, Campania and Emilian textile industries could have easily “churned out” millions of templates in a short time, converting the plants at the request of the government and / or the regions: on 10 February a short brief decree would have been enough...

I conclude by saying that giving advice like the ones above in a country like ours where those who take your blood almost never wear gloves, patients with cough and fever are put in dormitories without protections, hospital doctors go to the bar with the lab coat, ordinary people make little or no effort to avoid spreading even a simple viral rhinitis, it is an unspeakable act.

The same as not advising to use condoms for occasional relationships: it means indicating to the unsuspecting citizens the quickest way to risk their lives.

Photo: xinhua / ilblogdellestelle.it / presidency of the council of ministers