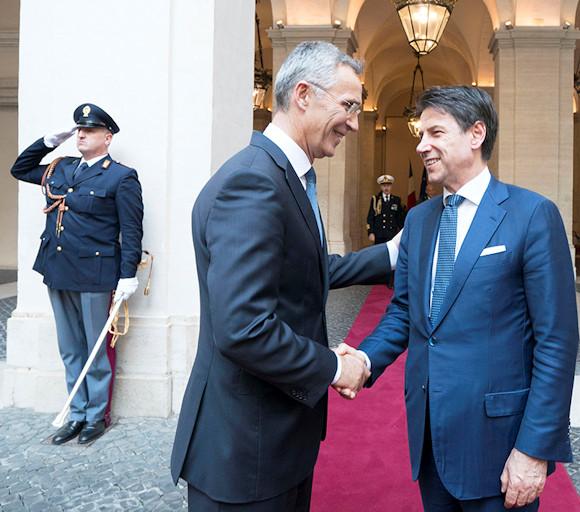 Our readers will surely remember the statement of a few months ago (during the first Conte Government) of the President of the Council of Ministers, Giuseppe Conte, concerning the fact that he convinced the Ministry of Defense to give up the expenditure, already allocated, for 5 rifles and convey it in support of the initiatives of the association Rondine Cittadella della Pace, dedicated to the creative transformation of the conflict, through the experience of young people who discover the person in their enemy (who knows a Kurd that person could discover in a Turk).

To the defense objection to what those five soldiers without guns would have done, our president replied that they would send them to the rear to talk about peace: thunderous applause of the onlookers (v.video).

It was clear, therefore, from these expressions that the Government took a path devoted to pacifism, if, after the European elections at the end of May, the coupled Di Maio / Trenta announced the release by the MEF of 7,2 billion from invest in the purchase of new armaments and equipment (v.articolo). Confirmed then by the same Count (mostly because the Americans were starting to turn up their noses) in the meeting a few days ago with NATO Secretary General Stoltenberg.

Given Erdoğan's attack on the Turkish-Syrian border, President Conte would seem willing to take back those five guns. 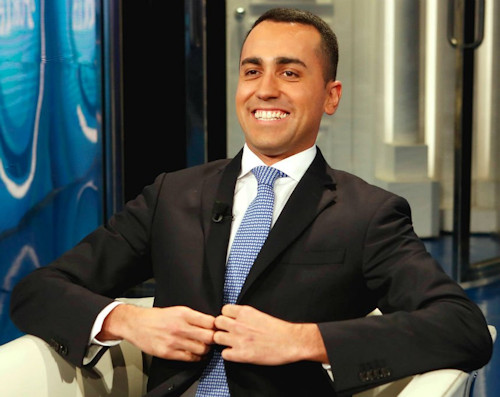 Another paradoxical situation is the convocation of the Turkish ambassador, Murat Salim Esenli, by the Minister for Foreign Affairs Luigi Di Maio. He exposed the Italian grievances against Ankara's attack on Kurds on Syrian territory, the ambassador's response was very un diplomatic: the Turkish forces will continue their action against the terrorists, regardless of what the European Union says.

We wonder how Italy, which only last year allowed Turkish military units to remove Saipem 12000, an ENI oil exploration ship with Cypriot territorial waters, can afford to make a big voice with Ankara (v.articolo).

Let's face it, the wavering attitude of the Trump Administration has given a green light to the Turkish intervention, while the European Union - as usual when it comes to foreign policy - found itself completely displaced by the events. The declarations condemning the European chancelleries leave the time they find. Ankara can make use of a formidable coercive weapon: the over 3 million refugees, to whom would open the doors of Western Europe if only it felt threatened, economically, by the latter.

Germany has within its borders a large Turkish community, and certainly does not want to disturb the Russians, who tacitly endorsed the Turkish invasion. In France, President Macron is going through an unhappy political phase and seems not very interested in Syrian issues.

Italy remains the one that, geographically, is the country most involved in the situation, as the region on the Turkish-Syrian border falls within the sphere of influence of the enlarged Mediterranean, a concept developed by the Navy. 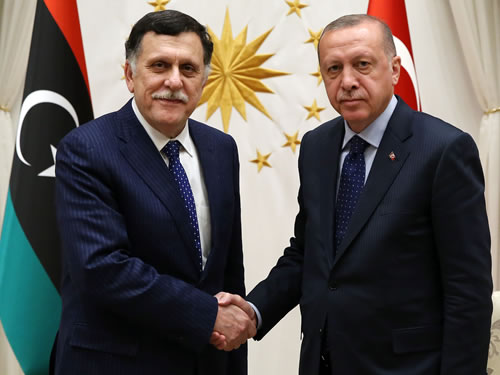 Turkey is a NATO ally (it made sense during the Cold War, to prevent the Soviets access to the Mediterranean from the Black Sea) even though, in the 1974, it fought a war with Greece, another country belonging to the Alliance .

However, how long will Italy have to tolerate the increasingly aggressive attitude of Erdoğan's foreign policy?

In addition to the invasion of Syrian territory (after having supported and armed the Islamic state for years), Ankara has long supported the Misurata militias in Libya, which in turn support the puppet government of al-Sarraj.

The Italian executive is uncertain about this activism, with the usual appeals to international law and to supranational bodies (EU, UN). We forget too often that in international relations there is a state of anarchy and that the European Union will never be able to express a common foreign policy, as each member state has national interests that exceed those of Europe.

So the question is: what should / could Italy do? The answer is very little.

When a nation renounces the use of military force a priori, as a means of protecting its own interests, it consequently renounces politics and is therefore destined to suffer the choices of others.