Home Recommended Publishing Why doesn't anyone talk about Libya?

Why doesn't anyone talk about Libya? 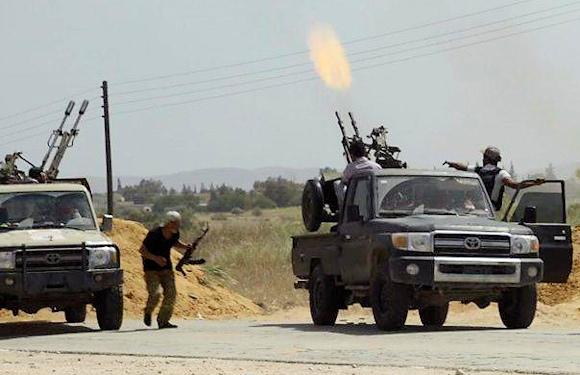 The long and hot Libyan summer seems to consume under the sun the Cesarist ambitions of General Khalifa Haftar, able to open four lines of attack around the capital but stopped for three months now in the outskirts of Tripoli and so far not able to take the Libyan capital or even just sticking deep.

With container ships shuttling between Tripoli and Misurata, on the one hand, and Turkey, on the other, and above all with Qatar always active and ready to weave and finance plots, it seems evident that the GNA of Sarraj - along with many local Tripolitania militias - does not intend to let go.

Those who hardly know the demographic situation of that part of Libya know that Measured with its 270.000 inhabitants (on 400.000) of Turkish origin and still Turkcophones will never lose Ankara's support and will not stop for a moment to resist, with or without Sarraj. Already, in Tripoli the Misuratini fight "their" battle for survival.

Haftar may not know that Turkey was the first country to denounce the treaties of the First World War and the only one to free itself from the cumbersome presence of the victorious powers successfully. In short, that the Sublime door soft the Tripolitan bone seems very unlikely: they would even be able to intervene directly. Ask Syrians and Greek Cypriots if they are able ...

The small, tiny figure of the head of the GNA, Fayez Sarraj, attempted to carve out a space, going to Tunisia to claim delivery of the fighter and the pilot that had suddenly landed, probably due to a failure, in recent days. Evidently, an extra jet is convenient for the Haftar force bombing campaign ... A defensive campaign that, to tell the truth, is not going wrong: the capture of some vehicles and ammunition and the killing of a dozen soldiers must have ring the GNA.

It is no coincidence that Haftar has promised Tripoli to guarantee the safety of the inhabitants and to want it again as the only Libyan capital, in the umpteenth attempt to beat the forces of the GNA.

In the summer of Bibbiano and del Russiagate de noantri, nobody cares about our interests in Libya. They keep us distracted with the theater of politics and fake conflicts, not to mention a war in which we have everything to lose.