Home Recommended Publishing They will be there ... despite everything

They will be there ... despite everything 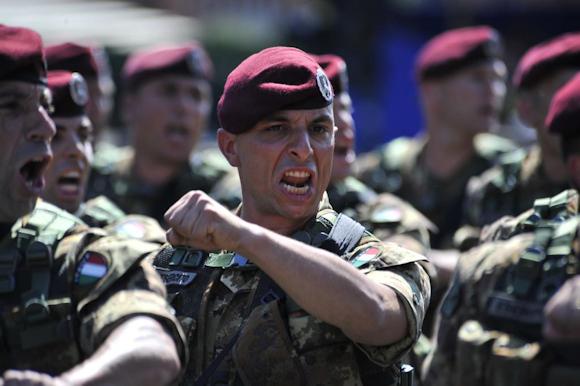 In these hours we are witnessing yet another staging of what is increasingly becoming a squalid stage kicked by old actors who do not give up the script, taking shelter behind roles that - according to them - are now consolidated and that it would be dangerous to abandon.

The President of the Republic stands as a supreme guardian of the economic interests of Italians, perhaps not thinking of moral ones, but this does not make a fold when compared to a Europeanist logic made of bank accounts that shuns from shelves of books and shared culture.

The thing that most disturbs is that all this staging took place a few days before the 2 June, Republic Day: an important moment in which it would be appropriate to reflect on the past, but with the thought towards a future, always uncertain , but at least new.

In all this hubbub of dusty characters that live in constitutional rights and wisdom, there is a small group of people who just the 2 June communicate, with the pace of their amphibians, the unwilling will to continue to do their duty ... despite everything. I'm talking about the soldiers called to parade under a stage of consummate authority, which in the past did not make our soldiers miss their blatant and ungrateful ingratitude and that after years of a dicastery that made regretful rudimentary predecessors hoped for a closing at least worthy and with a subdued glimmer of recovery. Also in this case we have made some mistakes; and here immediately appear on the walls colorful posters with profiles of uniforms belonging to other armies. But that was the damage! Indifference is undoubtedly worse than any point out of place, and no one - in all this exchanging reciprocal signs of war - has said something about what is going to happen to the Imperial Fora and looks good to preserve the meaning of Italy by leveraging a patriotic sense pulverized by an unworthy historical ignorance. 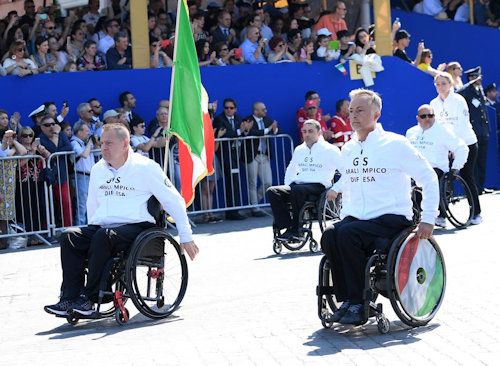 There is therefore no limit to the worst, also because, it is good to remember, there is an underground army of desks, armed with stamps, ready to sacrifice themselves to the sacred banner of the bureaucracy, even when this waves to the detriment of colleagues chewing dust on the war theaters half the world. But they, the few, the last one brothers band remained, will continue to greet the tricolor, slamming the pace and turning his head as a sign of homage to a political class that in those camouflage should find inspiration and a little 'courage to govern this country with a strong debt of repute. Here, perhaps, all those who are now ready to whistle at the president's passage or otherwise to publicly show the sign of their dissent should instead listen in silent respect to the proud gait of these guys, without stealing the scene from them.

The 2 June remains an important party and if someone feels enjoyment to empty it of its romantic meaning, be 'knows that for those young people in uniform it is not, because precisely on that concept they go to play their lives when called.

Everyone is ready to point the finger at Germany or France: without a doubt it is the most convenient solution to charge a single man of a guilt that would otherwise be equally spread on a ruling class, but also on a people, who has long forgotten what it means being Italian. However the same character for which everyone criticizes us, will be the key to exit from one impasse unbecoming. The same will be done by the military and the representatives of the Forces of the Order, continuing their march and remembering, however, that the meaning of Europe also rests on their will to defend it at any cost ... obviously bureaucrats and respectable permitting.