Home Recommended Publishing The West and the destructive search for ...

The West and the destructive search for Peace 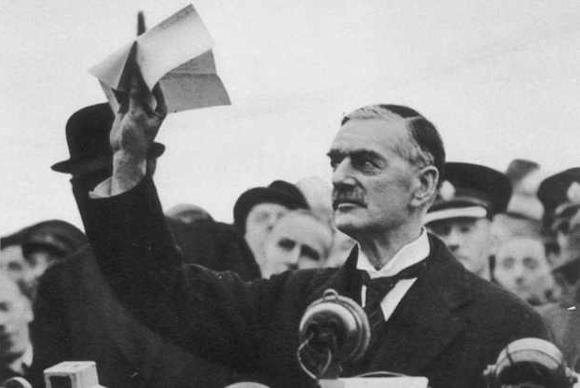 When the British Prime Minister Neville Chamberlain returned home from the Munich Conference, in the 1938, where he had made very dangerous concessions to Hitler's territorial expansionism, he declared to his fellow citizens that he had obtained peace for our age and that everyone could go home to sleep soundly.

The historian Paul Fussell, in his studies on the First World War, underlines with wealth of details how death remains alive in the written imagination. War writers do not create but recreate, so reading becomes a recreation of what has escaped the grasp of the present to hide in the recesses of the soul, of what is removed, forgotten.

The name of this amnesia is "peace", whose main definition is: absence of war. While the vocabulary defines peace: freedom from, cessation of wars or hostility; the condition of a nation or a community that is not at war with another; freedom from conflicts or perturbations, especially as an individual condition; tranquility, serenity.

The worst aspect of the war is that it ends in peace, that is, it subtracts itself from remembrance, a syndrome that war correspondent Chris Hedges defines collective and generalized amnesia.

Plato claimed that what most men call peace is only in name. 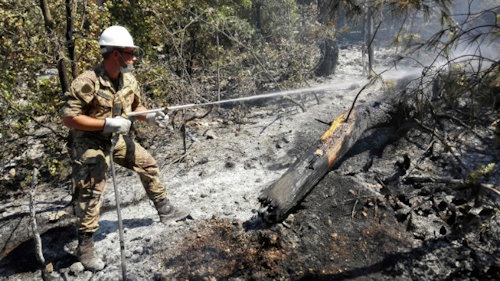 Even if states should stop fighting, wrote Hobbes, one should not call it peace, but rather a respite.

If, as the vocabulary asserts, peace is absence of, freedom from, then it is simultaneously emptiness and repression. So a human being should ask himself how to fill this void, given that nature abhors it, as well as how the repressed returns, since it always returns.

The void left by the definitions of peace, with the removal of war, fills the peace of idealizations. Fantasies of rest, of tranquil security, of the prospect of a normal life, of eternal peace, peace on earth, the peace of love that transcends intelligence; peace as a state of well-being.

But it is the peace of ingenuity, of ignorance, masked by innocence. The longings for peace become simplistic and utopian, with their projects of universal love, world disarmament, brotherhood among the nations of the earth.

To dispel such illusions, writers speak of war. The pages are dying with death, because writers do not give themselves peace, they do not keep silent, they do not pretend not to know. War books give voice to the dead, silenced by that serious syndrome of the collective psyche which is peace. 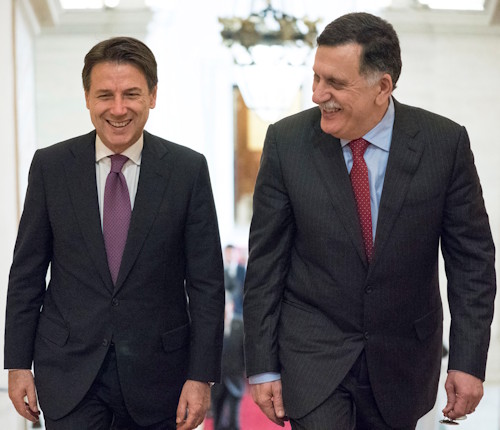 Not only does the word peace translate too quickly as security, but it is a security acquired at the price of civil liberties. even something more sinister is justified with peace, something that de Tocqueville defined a new kind of easement, in which, an immense and protective power covers the surface (of society) with a network of small, complicated, meticulous and uniform rules, through which even the most original and vigorous spirits would not know how to stand out and rise above the mass; it does not break the will, but weakens it, bends it and directs it; rarely compels to act; but continually strives to prevent action; it does not destroy but prevents creation; he does not bully directly, but obstructs, compresses, snerves, extinguishes, finally reducing the nation to be nothing but a herd of timid and industrious animals, of which the government is the shepherd.

As Machiavelli wrote nor the Prince: therefore a prince should have no other object or other thought, nor should he take anything for his art, he is out of war and orders and discipline of it ... He must therefore raise his thoughts from this exercise of war, and in peace there will be more exercise that in war.

Otherwise it will take over psychic dullness, as psychiatrist Lifton defines the paralysis of the mind and feelings in everyday life.

In Western society, peace is characterized on the one hand by a calm induced by a soporific cuddle, on the other by a frantic overload of stimuli.

The Prince, understood as a noble metaphor of the responsible citizen, a committed member of a community, will instead keep the mind focused, not distracted by the multiple diversions of peace, and the psyche free both from obtundation and from the use of denial. This lucidity will keep her meditating, not only to improve her mental health, but for the common good and the defense of the community. So the Prince should never raise the thought from the war.

Photo: web / ministry of defense / presidency of the rabbit ministers