Home Recommended Publishing The mafia threat on the Italian economy ...

The mafia threat on the Italian economy weakened by the pandemic. You won't read a story like this often ... 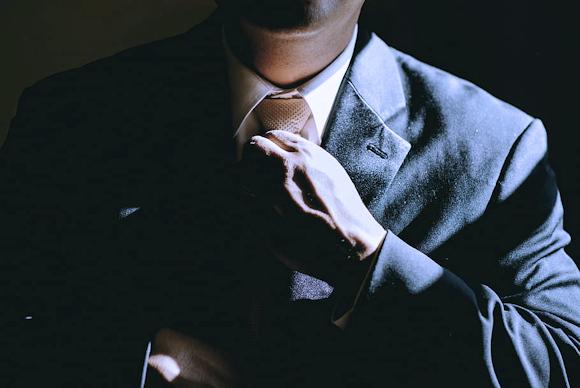 This weekend is the discussion on the "shopping" of European companies in liquidity and market crisis by Chinese giants supported by capital made available by the Beijing government, feared by the head of the Christian Democrats and popular in the European Parliament, the authoritative German politician Manfred Weber. Well, this is just one of the dangers that businesses in European countries run into difficulties due to the economic crisis triggered by the pandemic. Two other threats, which mainly concern Small and Medium-sized Enterprises (SMEs) of the Union but above all of the Bel Paese, come from usury and criminal organizations, in particular from the Italian mafias.

Every day the echo of "offers that cannot be refused" grows that come from unsuspected characters, ready on behalf of the mafias to fully acquire or acquire control shares of catering and hotel companies, but also football clubs, start-up technological and historical brands of the Made in Italy paying with suitcases full of cash of illicit origin.

But let's go in order. According to Confcommercio1, "The prolonged lockdown has brought many companies to their knees and the usury risk between March and April has increased by 30% and in May it could reach +50% ... For commercial businesses the question ... is always the same: I no longer have a way to meet the costs, or close or go to a moneylender to get me the liquidity that I did not have. Or ... I give up the activity to the criminals ". On the other hand, as highlighted by the national committee for public order and security of the Interior Ministry, "In the face of a generalized collapse of any type of crime, the only one that marks an increase is usury".

Do not believe that the usurer is only the old man with the aquiline nose and the skullcap: these criminal figures have evolved and today are the gateway to the mafia capitals on the market. Taking advantage of the liquidity crisis of businesses and businesses, they first tighten the noose around the owner's neck, then devour the entire company. The danger seemed to be well present to the Minister of the Interior Luciana Lamorgese, who requested the intensification of the prevention activities of the police forces on company dynamics, monitoring in particular the agri-food chain, the medical-health industries, the sector hotel tourism, catering as well as retail SMEs.

As the anti-mafia association points out Free2, founded by Don Luigi Ciotti, never before have criminal organizations had so much liquidity to invest, in the form of money to be recycled. The mass of mafia capital is so great that "They don't even need to ask for high interest rates, it's not the return of money that matters in these cases". They aim to force the victim "To sell to fictitious business headers, or to sell to his tormentors his business, in which he invested money and energy, for four dollars".

Faced with such a great danger, initiatives are welcome, such as that of the Florentine Prefecture, which has promoted the stipulation of a regional protocol to facilitate access to credit and speed up the timing of disbursement of loans to businesses and families in difficulty because of the pandemic, as well as similar initiatives with real estate owners' associations because "Organized crime could take advantage of this crisis context, but this can be blocked and tenants and landlords must come together"3.

At this point, we hope that the police, who often read us, multiply their efforts in the sense of verifying ex post the total or quota sales of properties and businesses, in order to trace anomalous transactions, check the mafia infiltration and cut it off. Thus Italy will be able to return richer and more just than before.

Before concluding, I would like to reserve a thought to those who reading this article and others on this very important issue will shrug, even in the face of a mortal danger like this for the country and its healthy part. Be careful, reader friends, not to be manipulated, like simpletons, by those who tell you on the Internet: the real usurers are the banks ... Or: the real problem is the crimes committed by foreigners. Or even: politicians are the real mobsters. Nobody denies that there are lenders that have deserved sentences for usury, nor that a small number of foreigners (as well as Italians ...) delinqua. At least the politicians are holy cards ... However, to want to think badly, the suspicion arises that behind certain trolls who on the Internet tend to minimize the mafia threat on the economy and society often hide people and unconfessable interests.

We and our children have the sacred right to live in an economy where the capitals and methods of organized crime consortia do not have citizenship. We want them OFF YOUR FEET!

Let me paraphrase Rhett Butler and state that, unlike other analysts, I believe that of ...
9110
Read

102 days of war brought to light many aspects of our country that were easily imaginable or we had ...
5028
Read