Home Recommended Publishing Tito's decoration: an insult to everyone ...

Tito's decoration: an insult to all Italians 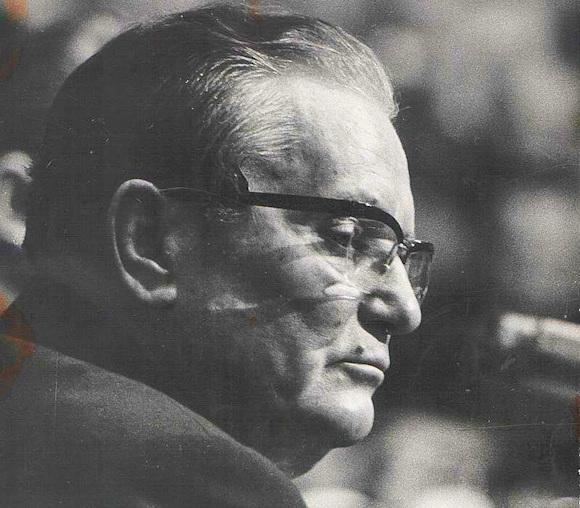 Strange country ours, in which a defeat is elected at the national holiday (the 25 April), where former terrorists (obviously in the right color) are allowed to lecture and publish books. No wonder then if we remember, thanks to the Northern League deputy Massimiliano Panizzut, that the former President of Yugoslavia, Marshal Josip Broz Tito, has been appointed - in the 1969 by the then President of the Republic Saragat - Knight Grand Cross decorated with Grand Cordon, order of merit of the Italian Republic (v.link).

For intellectual honesty it is good to remember that the Marshal was awarded other decorations by the Western camp, like the French Legion of Honor in the 1975.

On Monday, 29, in Trieste, a bill will be presented by Honorable Panizzut to revoke the honor of Marshal Tito (although, after his death in the 1980, the award automatically lapses), for the very serious direct responsibilities in the implementation of the ferocious ethnic cleansing that caused thousands of Italian deaths in Istria, Fiume and Dalmatia, as well as the exodus of 350.000 compatriots forced to abandon their land.

Obviously this decoration represented an insult to the memory of the victims of the sinkholes (le foibe are vertical karst caves, where at the end of the war the Titini partisans threw helpless Italian citizens, on charges of being fascists. Generally three people were tied together, the first was shot and thrown into the cave, the weight of the corpse also caused the other two to fall, which, if they did not die from the fall, would later die from their injuries or thirst), among other things conferred in the 1969 when the Marshal's crimes were already well known in the West. However we must not forget the historian falling in love of our politicians for foreign leaders, even if they are criminals.

Although it makes no sense to revoke a decay from almost 40 years, however, this fact sheds light on the too often forgotten sufferings of our fellow countrymen, uprooted from their lands and by their loved ones, due to the ferocity of the Knight of the Great Cross Tito.