Home Recommended Publishing The Ministry of Propaganda: the m ... 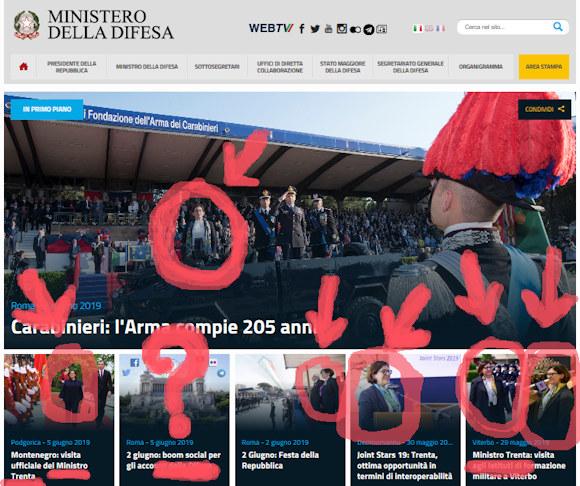 For too many years the search for a "defense culture" has been boasted and then we wash our hands. Too demanding and beyond your abilities? Maybe. More likely it is too alien in Italy to maintain consistency between thought, word and action.

During the Pinotti administration it was forbidden - except for very limited and trusted exceptions - every contact with the Air Force involving the best "omnirole" fighter of 5a generation in service (v.articolo) and was silent on the "savings" deriving from the first cut at F35: lost 4-5 billion and over 40 aircraft (v.articolo)! Too brave to respond courageously on a fraudulent program?

Journalists' embedding followed by our soldiers in operational theaters (v.articolo). Too annoying to risk controversy but also to have valuable information?

The Ministry of Defense portal was finally used as an electoral page dedicated to the minister, not to the Armed Forces!

In the vicinity of the consultations it became a sickly propaganda cartel. This abuse was reported by this newspaper (v.articolo). Minister Pinotti, in the end, was not elected in his "armored" college in the first round.

The minister of change 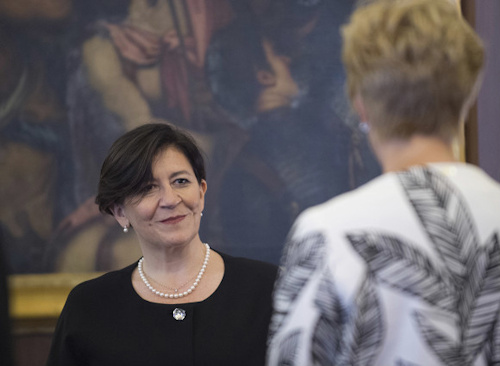 With the arrival of the 5 Star Minister Elisabetta Trenta, the enthusiasm was broad and sincere. I too - against the serious and argued perplexities of the editorial staff - I welcomed the news, after all "after Pinotti ... Bin Laden would have been fine too!" - I loved to joke (exaggerating) in private.

In the first months, after the establishment of the Thirty we brought to the notice the vetoes on F-35 and embedding. We were convinced that, after the previous minister, nothing could have been worse for the press.

From the Pinotti to the grill ...

Within a year the consensus obtained among the personnel in uniform by the Minister Trenta has almost completely disappeared. The reasons are many, but they can be summarized: too convenient for a politician - especially if not even "autonomous" - to work in a constantly obsequious ministry.

Has the shameful abuse in the use of institutional pages for PERSONAL propaganda changed? Yes, it got worse.

Just look at what the Ministry of Defense page was during Pinotti's election campaign (half right) and weeks after the pentastellata defeat (half left) to understand that there is never a limit to the worst ...

However, the change has arrived! Before, for each news, only one photo of the minister was slipped, now it doubles: right and left profile in a single box. Once again "Mandrake über Alles" (v.articolo)!

And then who needs that article on the boom in defense social networks (in the image with a question mark)? A 5-star-led ministry that has canceled the consent of the Movement, above all due to media overexposure and arrogance in the management of communication, do you believe that you will be able to save yourself from a showdown (even internally)? 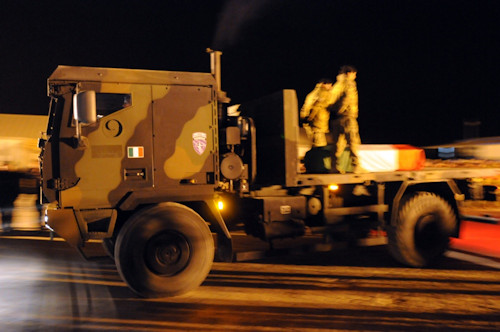 The initial haemorrhage of consensus in the polls of the 5 Star Movement was then answered (at home Trenta) with firing such as: "Italian military via Afghanistan!" "I never announced withdrawal from Afghanistan, but a planning phase that also included withdrawal. I could never decide on the withdrawal, Parliament decides it ". Someone reminded the minister that soldiers have died in that country and related missions?

Or that "INCLUSION theme of the 2 June parade!", Then belatedly belated a little back: "The concept of inclusion means considering all the military as an integral part of Defense, even those who have fallen ill in service and only now is aiming to minimize risk factors. No one should be left behind, we will also have with us the representatives of the victims of duty and the fallen for the Fatherland. Inclusion means that the defense civilians and the selected reserve will also participate for the first time ". Before the military parade was under the banner of "exclusion"?

The straw that broke the camel's back was yet another (sigh!) Mandrakata, that of the president of the council who - in agreement with the defense minister - has decided to renounce the purchase of 5 rifles to support peace initiatives. And adding that to the reply of the Defense Administration "What will 5 soldiers do without rifles?" he answered "It will mean that they will go to the rear to talk about peace!" (v.video). Any defense minister he would rebel against such an unhappy exit, in light of the number of those killed in service for peace!!!

Unless Di Maio wants to transfer the cancellation of the consensus to the national level, he will first have to intervene where it has gone worse than the national average. At this point the first ministry to work on will be precisely that of Defense. Not even the other vice premier, Salvini, will be able to watch: after the victory in the elections, the responsibility - also of Defense - it passes to him, for better or for worse.

The Ministry of Defense has recently aggravated a simple handicap: not wanting to understand the difference between communication (image promotion, let's say "propaganda") and information (tell the truth, even when uncomfortable ... or made a mistake).