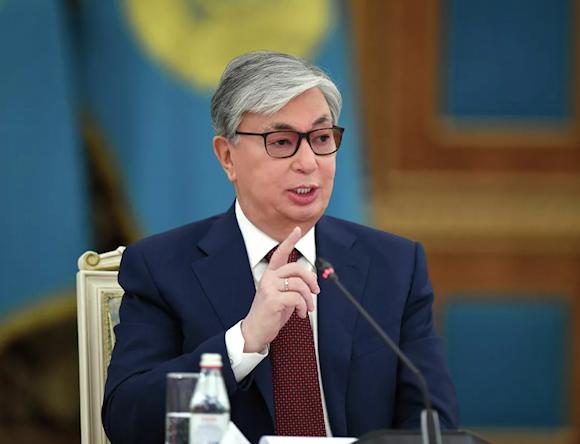 Kazakh President Tokayev spoke to the country this morning. As usual, he did so only in Russian, without using any words in the Kazakh language, the language of two thirds of the population. He identified those responsible for the crisis in the "so-called free media" and "foreign figures" to be complicit in the so-called crimes in Kazakhstan: what happened in Almaty alone was the work of "20 thousand bandits". For this, he has given orders to open fire to kill without warning on anyone found on the street. Not surprisingly, in many cities, civilians have been warned via loudspeakers to remain barricaded in homes.

We seem to hear the echo of Muhammar Gaddafi's words in March 2011, when at the beginning of the first Libyan civil war he asked to track down the rebels house by house, calling them "rats" and "cockroaches" in the service of France and the United Kingdom. But, his goodness, at least he offered to save the lives of those who had laid down their arms. How it ended, you all know ...

The attack on the press is not surprising: from Tony Blair to Angelino Alfano, the post-Soviet regime in power since 1991 is used to having good offices in the West, certainly not hearing criticism.

Thousands of people peacefully demonstrated with flags of Kazakhstan in Zhanaozen.

Continue the deployment of the force of peace keeping CSTO. The Armenian military also left for Kazakhstan as part of the CSTO mission. "We expect that if Armenia finds itself in such a situation, it will receive help" Armenian Security Council Secretary Grigoryan said. Our thoughts turn to velvet revolution, of 2018, but also to the failed coup of a year ago: evidently, Yerevan fears that the contagion of the example of the Kazakhs, also in light of the inglorious epilogue of the conflict with Azerbaijan in 2020.

Photo: presidential archive of the republic of Kazakhstan

Net of the "winds of war" that blow from the east, Italian public opinion is totally focused on the elections ...
1650
Read

On January 19, the handover for the national contingent, which has been involved for over 6 months, should have taken place ...
4707
Read

We have praised almost subversive the "extraordinary commissioner for the implementation and coordination of measures ...
3495
Read

After 22 months of detention, the Egyptian student Patrick Zaki was released (although he was not cleared of ...
4422
Read

The Parliamentary Commission, charged with shedding light on the case of Giulio Regeni, found lifeless in Cairo on 3 ...
514
Read

"I work only for myself" thus, between laughter and grunts, the protagonist of the animated film says at one point ...
1180
Read

The new commander of the MIASIT mission and the related support staff will reach Libya but have not been ...
6920
Read

Never, as this year, does the anniversary of September 11 take on a celebratory value, but also a mocking one. On that date the ...
1195
Read