Home Recommended Publishing Praise of the coup, even military ...

Praise of the coup, even military. Because when it takes, it takes. 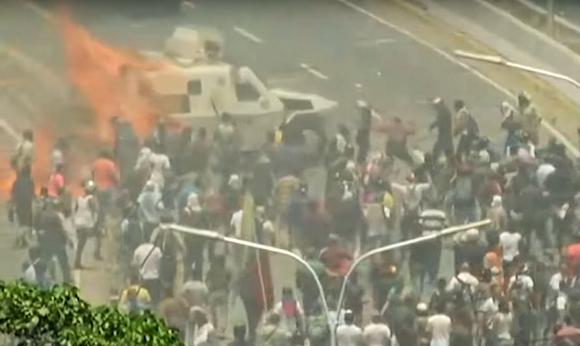 "He is a coup" or "he is leading a coup government" is the accusation directed at those leaders - usually lacking an ideology and a well-defined value system - that has come to power today through an uprising and with the decisive support (or at least with inertia) of the Armed Forces and the security apparatuses in their country. It is the case - to give some examples - of the Egyptian president Abdel Fattah al-Sissi, of the Ukrainian leadership who emerged from the 2004 and 2014 revolutions and in these days the self-proclaimed Venezuelan president Juan Gerardo Guaidó Márquez and General Khalifa Haftar1, guide of the LNA.

But what is really "unacceptable" in the behavior of a leader, political or military, that puts an end to the enslavement of a people2, to the danger of annihilation and / or the risk of delivering the country to a foreign power3? In the words of St. Thomas Aquinas, "the essence of tyranny is expressed in the commands addressed by the Authority to subjects not as subjects of society but as slaves ... He who for the purpose of liberating the homeland kills the tyrant should be praised and rewarded when the same tyrant usurps power by force against the will of his subjects or by extorting their consent ... All this, when recourse to a higher instance is not possible, constitutes a justification "for ending tyranny even with violence." Yes, because "those who escape justice in the courts must expect to find it in the streets", as Cicero states, who also says that "we make war on those against whom the law can do nothing". 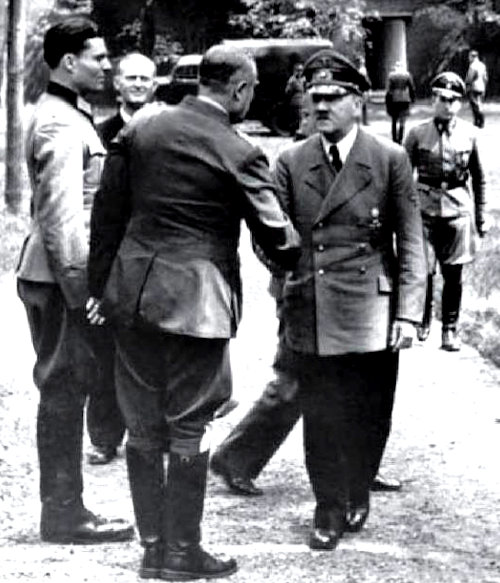 The col. Claus Schenk von Stauffenberg, a serious Catholic and official bound to the Reich of Adolf Hitler by an oath, turned in secret to the Holy See to ensure that he did not take an unjust action by assassinating the Fuhrer to prevent him from bringing the German Nation to destruction.

This shining champion of the anti-Nazi resistance (in the photo, left) wrote: “I feel the duty to do something to save Germany; all of us, officers of the General Staff, must assume our share of responsibility ”at the cost of going down in history as traitors and, in fact, coup leaders.

Already, the responsibilities of the military in any self-respecting coup d'état exist both in the case of a direct intervention (as in the case of Egypt in the 2013 to remove the Islamist president Mohamed Morsi) and in the case of inertia in the face of the clash between the Authorities and rebels (as in the case of Ukraine in the 2014). Even greater are the responsibilities of those men (and women) of the Armed Forces who actively take the tyrant parts. It goes without saying that, to paraphrase Abraham Lincoln, the tyranny and - in opposition to the military accomplices of the despot - the appeal to the foreign powers become morally justified when a people has suffered under a tyrant - and his civilian henchmen and in uniform - for a long period of time and has exhausted all legal and peaceful means to end the enslavement.

In the absence of other subjects capable of opposing tyranny, History and even more conscience call the officers and subordinates to decide and, therefore, to act - in Carl Schmitt's words - in a state of affairs in which the decision to terminate oppression is "superiority to the validity of the legal norm. The decision frees itself from all regulatory ties and becomes in the absolute sense ". Acting as "coup leaders" and against tyranny, civilians and / or military "suspend the law on the basis of its right to self-preservation" of the rule of law.

For this reason, even if the thing in Moscow does not like with which Caracas is heavily indebted, the "coup" Guaidó, the "coup" of the military and also - if all this were not enough - a military "interference" and / or foreign intelligence to end the most disastrous and bloody socialist experiment since Pol Pot's Cambodia. And when some "sinister", "right" or "grillino" politician has the nerve to say that "the regime enjoys a broad popular support "and that" it is necessary to avoid any form of interference, which represents a principle of international law "4, we come to say that too many Italians are residents or - like this writer - have colleagues, clients, relatives and friends in Venezuela for Nicolas Maduro's girths to hope to fool us.

For Italians the propaganda bales are really at zero.

1 The action of the LNA to tell the truth does not even take the form of a coup d'état: first of all, because there is no state in Libya, but only a compromise government; then, because the GNA of Sarraj - corrupt but not tyrannical - exercises power only over a modest portion of the territory, therefore in fact abdicates the exercise of its "national" functions.

2 To those "geniuses" who consider the market economy "enslavement", I only remember that the Iron Curtain and, physically, the Berlin Wall served to avoid the escape of workers and their families from the "social-communist paradise". Never escaped from West to East ...

3 To those other "geniuses" who will object: "The European Union is like Nazi Germany" I just note that in Nazi Germany he would not be allowed to speak. Even just to say nonsense.

4 We avoid the quotation because we have heard such idiocies from too many and no longer entertain: only those, ingenuous, of Alessandro Di Battista still manage to make people laugh (we are not sure that he went to Iraq to mediate with ISIS as he had suggested in past).