Home Recommended Publishing Coronavirus crisis: after testing on all, the ...

Coronavirus crisis: after the tests on everyone, Italy no longer has the illusion ... 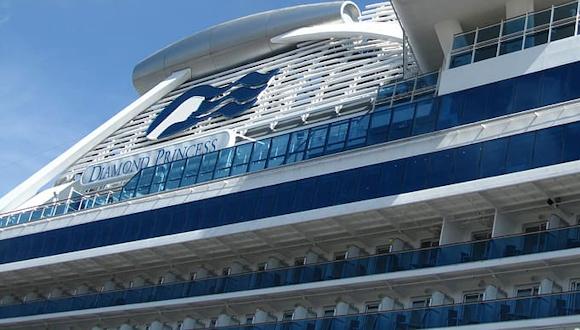 The advance of the pandemic made us forget the history of the cruise ship Diamond Princess, quarantined at the port of Yokohama from February 5 to March 11. Less than two months have passed since the beginning of that story, of which I spoke in an article of XNUMX February entitled: The cruise ship that dismantles the bales of the Chinese government on the coronavirus (v.link).

An eternity seems to have passed: today there are even "leaders" ready to thank the Chinese1 for sending us some masks and doctors ... forgetting the gift of the coronavirus and the set of lies worthy of a communist regime.

But back to the Diamond Princess, which in these two months has spoken a lot and has made a decisive contribution to the knowledge of COVID-19.

Precisely this vessel was, according to John Ioannidis, an eminent epidemiologist of Stanford University in California2, the only case in which an entire population that came into contact with the coronavirus was tested, that is, passengers and crew members, in all around 3.700 people. "The mortality rate was one percent, even in the presence of a largely elderly population, where the mortality rate for COVID-19 is usually much higher".

Let's continue reading what the American scientist says: “Mortality rates like the 3,4% indicated by the World Health Organization… are meaningless. Patients who have been tested for SARS-CoV-2 are taken disproportionately among those with severe and critically ill symptoms. Since most healthcare systems have limited testing capability, the selection bias may even worsen in the near future. ". 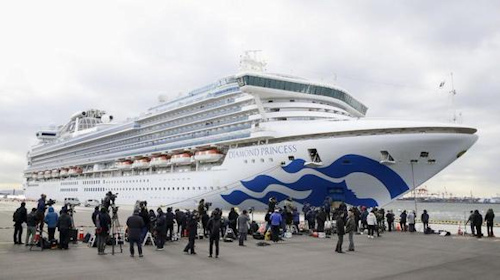 According to the prestigious British scientific journal Nature, “Japanese officials performed over 3.000 tests on the Diamond Princess, starting with older passengers and with symptoms. Some passengers have been tested more than once, offering information on the spread of the virus over time. Having tested almost all passengers and crew helped researchers understand a key element in many outbreaks of infectious diseases: how many people are actually infected, including those who have mild symptoms or who do not exhibit at all. These cases are often not detected in the general population ". And 712 people got infected on the ship, almost 20%. Interestingly, as Nature does3, that "Using Diamond Princess data", the researchers found that "On February 20, 18% of all infected people on the ship had no symptoms". This number is notable despite "Passengers included a large number of older people, who are more likely to develop serious diseases if infected". It is easy to conclude that said percentage "Of asymptomatic people in the general population is probably higher".

The Italian reader, continuing to follow Nature, receives confirmation of the goodness of the choice to limit contacts between people and avoid gatherings, given that "The day the quarantine was introduced, one person could infect more than seven", but after the adoption of containment measures "Less than one". Yes, this figure - seven infected by one alone - is also confirmation of the extreme contagiousness of COVID-19, which makes it more devastating as it is capable of putting any health system in crisis. However, according to John Ioannidis himself "If the spread of the epidemic overwhelms the health system and extreme measures have only modest efficacy, the flattening of the curve can make things worse: instead of being overwhelmed during a short acute phase, the health system will remain overwhelmed for a longer period long. This is another reason why we need data on the exact level of epidemic activity. ", i.e. how widespread the virus actually is. In short, if the disease is already too widespread, there is a risk of moving 100.000 deaths over a year instead of over three months. But not to avoid the massacre. We like to consider the forecast, by many experts, of the elimination of cases in Italy between late April and early May. For now, we are always over 4.000 a day and doing more and more tests we will find more, not less. 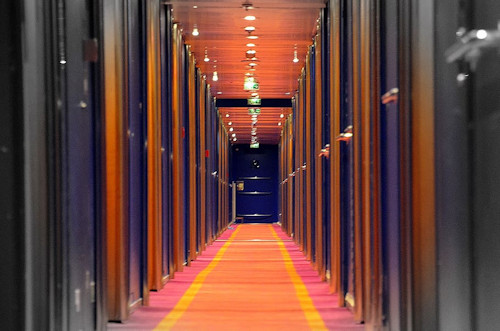 By the way, the Conte government supports - and has convinced more than half of the world's governments - "That you must avoid leaving home" and that "You can go out to work or for health reasons or for other needs, such as, for example, the purchase of necessary goods"4. Work, health and food: on the Diamond Princess they were among the most powerful contagion vehicles, even when quarantined in their cabins, almost three thousand passengers. "The staff members had to manage the cruise ship, see the passengers, deliver the meals ... This caused a continuous close contact between the ship workers and the passengers" and further spread of the infection, according to the director of the Japan Disease Control and Prevention Center, Norio Ohmagari. He also told CNN that "Crew members should have been isolated just like passengers"5. In short, the medical and paramedical staff, the volunteers, the sales staff, the men and women of the police are now in Italy - and in the other countries that implement the locking-down and distancing - the vehicles of an inexhaustible (and unfortunately inevitable) contagion.

Not all readers will appreciate the reflection before the conclusion, which we leave to the same Stanford teacher quoted by us and Nature: however, we believe that some food for thought should be drawn. John Ioannidis says: “One of the bottom lines is that we don't know how long blockades can be maintained without major consequences for the economy, society and mental health. Unpredictable developments could result, including financial crises, unrest, civil strife, wars and a collapse of the social fabric. At a minimum, we need unbiased prevalence and incidence data for the evolving infectious load to guide decision making… On the contrary, with blocks of months, if not years, life stops for the most part: the short-term consequences and in the long run they are completely unknown and in the end billions could be at stake, not just millions of lives. 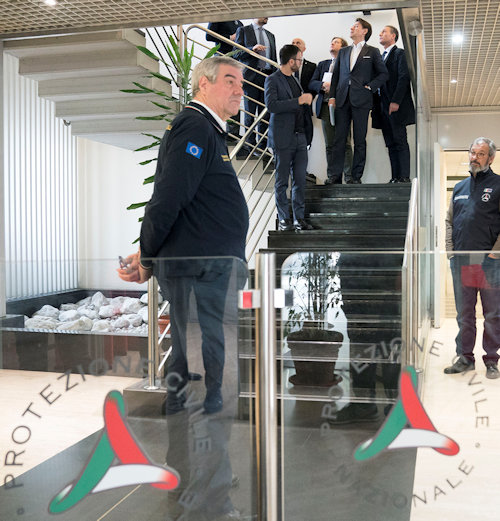 Frankly, I doubt that the situation can be brought under control simply by keeping millions, indeed billions of people under house arrest until ... when the vaccine has been discovered, tested, approved and produced in a sufficient number of doses. It could take between twelve and twenty-four months. Months during which some activities may resume but others, by their nature, are not. And they wouldn't reopen even later, at least not the ones that were two months ago, because their owners would be in ruins. Warning: in the hypothesis that no vaccine produced a sufficient number of antibodies, it could NEVER arrive.

Well, why not do "as in wartime", a metaphor that many cite, when there is a hypertrophy of the armed forces and the war industry, focusing precisely on an abnormal increase in the capacity of the health system, also obtained, by so to speak, with even unorthodox means?

Just as the reservists and, if necessary, the children are called to war, we could order (and not wait for volunteers) to throw them into the battle, willingly or unwillingly, retired doctors and nurses, medical and nursing students, medical staff of training other than Pneumology, Anesthesia, Resuscitation ... We could force national industries to produce machines and sanitary materials, without expecting them to do it for their good heart. We could suspend not only the laws on freedom of movement, make the labor and construction laws flexible, to make work and build as necessary, to have health centers in record time.

We could make political decisions and not hear prime ministers and ministers bleating that they await the opinions of scientists. Scientists, gentlemen, will be able to give you thoughtful and well-founded opinions when all this is over: until then, they will only compete to appear in front of the cameras with politicians, because they themselves have no certainties!

Let me paraphrase Rhett Butler and state that, unlike other analysts, I believe that of ...
10361
Read

Online Defense readers often ask me if it would be no less painful for Ukraine to give up and accept a ...
5420
Read

Dear reader, For nine years Difesa Online has been fighting with its strength together with the help of some readers and sponsors. The...
6304
Read

These days Ukrainian fighters are receiving arms supplies from NATO and other countries of the ...
10922
Read