Home Recommended Publishing Coronavirus: the next emergency will be at ...

Coronavirus: will the next emergency be food? The online defense proposal 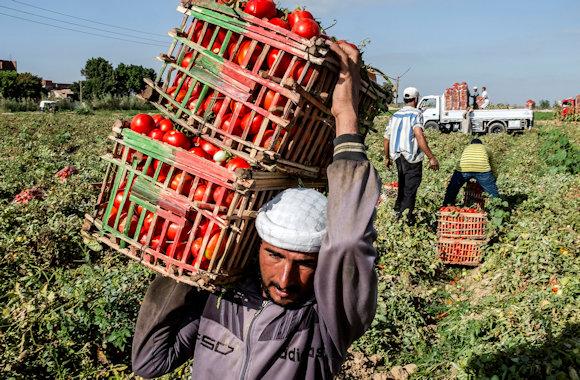 There is a lot of talk in recent days about the sudden (undue for some) penetration of China and Russia in our country. A presence that is certainly necessary, given the current contingency that requires us not to look into the mouth of a donated horse, provided that the horse does not end the tons of "aid" from Beijing, which turned out to have been regularly purchased by our government.

But you know, international politics, at all latitudes, is done with the weapons available, moved by what is more convenient than what is right to do.

An aspect that our political class, by culture and training, has never fully understood, inclined as it is to indulge in empty ecumenical practices (the Vatican, moreover, we have it inside the home), and ignoring that politics, especially foreign policy, is the mirror of national conveniences and interests, never the exercise of absolute ethical principles.

But this is an old story, and the most discerning readers are not aligned with common thinking, they will clearly understand how over time we have been induced to bless globalization and multilateralism as other dimensions to which to delegate increasingly important slices of sovereignty and industrial production.

Inducing, in a country that in Mirandola (MO) hosts the second district1 bio-medical of the world, an endemic fragility that has revealed itself, in this particular situation, in the lack of fundamental medical products and machinery, such as respirators and masks.

It is hoped then that the post-emergency will produce a profound reflection above all on the limits of the globalized world and on the need to bring strategic productions back to national level, as promptly announced three days ago by the "Europeanist" Macron, who has allocated € 4 billion "to bring back the manufacture of strategic medical products in France " and so rebuild "national and European sovereignty in the sector ”.

In crises, however, the challenges are never alone, and the food one, originating from protectionist instincts (but not only), could be the next to be faced with even more significant tools.

FAO chief economist Maximo Torero Cullen raises the alarm directly on the site2 of the international organization, answering some questions about the current emergency.

The senior UN official notes that the effects of lockdowns are starting to wane "Have an impact on supply chains (value chains) due to port closings and slowdowns in maritime trade". Problems that could worsen in the coming months, due to "possible interruptions in the logistics sector".

Reason why invites states to "Work together to maintain favorable commercial relations" without imposing customs barriers and duties or by preventing the export of food (about 20% of the calories we eat every day come from abroad).

In fact, FAO plans3 for April and May probable disruptions in food supply chains and agricultural and aquatic production, due to transport restrictions and quarantine measures, but also due to the lack of fertilizers, veterinary medicines and other products which contribute to agricultural production.

With particular attention to the shortage of staff, which risks giving the coup de grace to the entire sector.

For FAO, the watchword is to support production and trade at all costs without hindering the free movement of goods. Exactly what some nations have already started doing.

Kazakhstan, among the major producers of wheat flour - reports4 Bloomberg - has already banned exports of the product, and those of carrots, sugar and potatoes. Vietnam (the world's third largest rice exporter) has temporarily suspended new sales contracts. As Serbia did with exports of sunflower oil and other goods.

To get a clear picture of the impact of the measures just mentioned, consider that the supplies of Moscow depend on all of North Africa and on the Vietnamese ones, on the other hand, the Philippines.

If we combine this with Trump's passion for tariffs, the picture is complete and leads us to prefigure a future of the markets that is certainly not rosy.

What will happen if similar measures are taken by China with its billion and 400 million mouths to feed and food reserves for a single year?

What if people continue to empty supermarket shelves, as they already do everywhere?

That's why FAO insists on suggesting good practices to avoid food shortages, especially in those areas of the world that are less equipped to react.

Not only the maintenance of free trade to protect the food supply, but also the regularization of seasonal workers on whom the collection of fresh produce depends.

Without the foreign labor, in fact, the mockery of hunger will be joined by the waste of raw material, this year, among other things, abundant and largely destined not to be collected.

And with us in Italy?

"The food supply5 - underlines Coldiretti, the main sector association in a recent press release - guaranteed thanks to the work of 740 thousand farms, 70 thousand food processing companies and a widespread distribution network between shops, supermarkets, discount stores and markets. A supply chain that is worth 538 billion euros equal to 25% of GDP and sees 3,8 million people (including induced) engaged in work to guarantee food supply to the entire population ".

No fear, therefore, why "with theincrease record of 6,8% of the production of food and drinks in January, there are all the conditions to guarantee the supplies of markets, shops and supermarkets where unnecessary and dangerous crowds must be avoided ".

The supply chain continues to work tirelessly using raw materials which 75% are of domestic production, but for the remaining part, of foreign origin, we only have stocks for a month.

A separate discussion instead deserves the shortage of seasonal staff, which already dramatically affects the harvest of vegetables, vegetables and fruit, but also milking.

Of the million and 100 thousand units used in the agricultural sector - he explains6 Massimiliano Giansanti, president of Confagricoltura - 400 thousand are regular foreign seasonal operators, mostly from Eastern Europe, and of these there are now 200 returned to their respective countries and blocked there by COVID.

Without arms, to be found urgently in the coming weeks, entire crops will not be harvested, going to worsen a situation picture possibly characterized by a lower quantity (and quality) of products from abroad and the consequent increase in prices.

There is no time to waste, we must not repeat the mistakes of the recent past when the declaration of the state of emergency (31 January 20207) measures for the acquisition of goods and services dictated by the emergency itself are not immediately achieved.

We put forward a proposal on these pages: to replace the seasonal workforce blocked in the countries of origin, immediately resort to the holders of citizenship income.

If offered on a voluntary basis, perhaps with a rotation criterion, it would give the sense of an immediate return to the national community of the support received at the time, laying the foundations for a possible future employment, and guaranteeing, in this serious situation, the maintenance of the food autonomy of the whole nation.

Providing reimbursement of food and housing expenses for off-site workers, this proposal would have the advantage of drawing on a potential pool of 1,9 million people8: almost ten times the number of positions to be covered.

Alternatively, however, you can always resort to Chinese, Russian or Cuba workers ...

Dear reader, For nine years Difesa Online has been fighting with its strength together with the help of some readers and sponsors. The...
6307
Read