Home Recommended Publishing Those who do not see the war, at least do not speak of ... 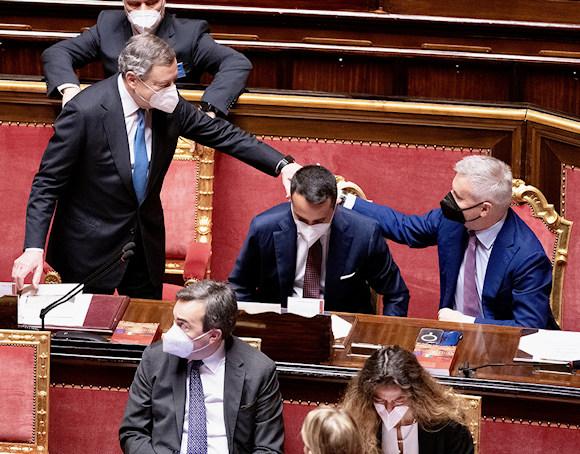 "The West has grasped the desire to create peace plans that should lead to a solution to the crisis in Ukraine. And it would be fine if they took reality into account. But no, it's just a pure stream of consciousness of European graphomaniacs ". These are the words of Dmitry Medvedev, leader of United Russia (Putin's party) and vice president of the Security Council Russian commentary on the Italian Peace Plan.

We are talking about the umpteenth missed Italian opportunity: to be silent!

Do you remember the national mastery deployed in Libya? Faced with the request for military support, we have sent ... a field hospital. "Because we are for Peace!" Result: in addition to the contempt by all factions, continuous humiliation of men and women in the service of our flag hostage to ... Well the spaces left empty - in politics as in geopolitics - are filled (even by readers). What is certain is that Turkey and Russia still give thanks from there.

Are we sending arms to Ukraine? Sure but - after having invented the "defensive" ones and the famous "dual use" -, unlike the others, we "classify" the lists! For some military secret? Not at all, to dribble theatricals who have made the flag of unarmed pacifism.

Even the pope knows very well that what he asks for will not have the slightest impact on the men and women who are slaughtering themselves. In what children's tale have two wolves ever ceased to tear themselves apart at the call of a sheep?

"If you want war, prepare Peace Plans" would be paraphrased by recalling the Latin saying: those who had faced by looking in the eyes of the one who took their life, certainly did not want war. Those who grew up with 4-word messages and feel-good slogans, obviously yes.

We have been facing the "war" for months and instead of worrying about our total inadequacy for the emergency (Covid-19 docet) we continue to provide advice and above all (moral) help that are not very credible and unsolicited.

With what lies ahead, amidst conflicts, economic crises and dramatic social tensions, are Italians still anxiously waiting to be taken for a ride by sworn worders?

The first "international" meeting of the Prime Minister Giorgia Meloni was with the president of ...
3435
Read

With today's oath, in front of the President of the Italian Republic, Sergio Mattarella, the Meloni government ...
6270
Read

In these days the mayor of Pennabilli, a small town in the province of ...
7509
Read