An "iron dome" over Cyprus 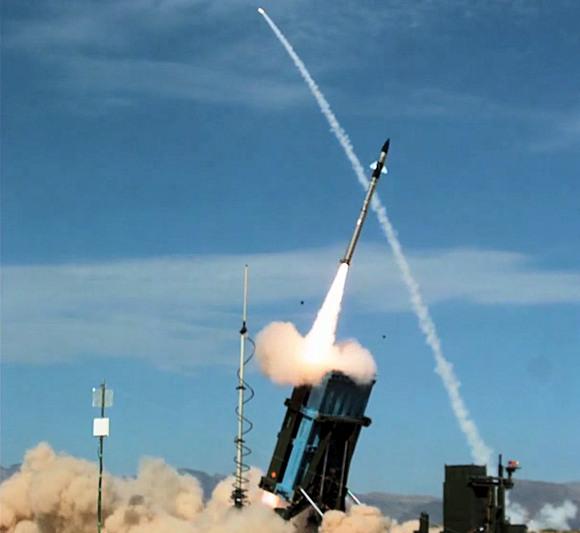 In service in Israel for over ten years, the surface-to-air missile system (C-RAM) Iron Dome it constitutes the Jewish state's first line of defense against (increasingly sophisticated) rocket attacks by terrorist groups such as Hamas and Hezbollah.

Designed by the Rafael group, with American financial support, the system Iron Dome is equipped with a discovery radar, called EL / M-2084. It detects the launch of a rocket or an artillery shell (or a missile) and traces its trajectory. The BMC (Battle Management weapon Control) calculates the point of impact based on the reported data and uses the information to determine if the target poses a threat to a designated area. Only when that threat is determined, an interceptor missile is launched to destroy the incoming rocket before it reaches the intended impact area. The range of the missile Tamir it is included in a range of 4 and 70 km.

In 2016, Azerbaijan expressed its interest in theIron Dome, however, at the moment there are no further details about the delivery.

The United States had already expressed a request in 2011 to acquire some batteries for evaluation purposes. A possible deployment of theIron Dome on the island of Guam, against a possible Chinese attack.

Recently, the Cypriot Ministry of Defense (the Greek part of the island), implementing the government decision, started to acquire the system Iron Dome, after signing an agreement to that effect with the Jerusalem authorities. The number of batteries acquired has not yet been specified.

Israeli Defense Minister Benny Gantz received his Cypriot counterpart, Charalambos Petrides, in Israel last week. Gantz stated that "in these difficult times, collaborations are fundamental". Then adding to say "happy that our staff have worked closely together and that our industrial cooperation has become a pillar of our bilateral relations, but also of regional security and stability".

The IDFs train regularly on the island of Cyprus, thus allowing the Israeli Defense Forces to be able to engage in an environmental context different from the Middle East.

The Cypriot National Guard, whose air defense capabilities are mainly based on Russian systems (Buk-M1-2 and Tor-M1) and French-made Mistral-type short-range MANPADS missiles, thanks to the acquisition of the system Iron Dome would greatly enhance the defense capabilities of the southern part of Cyprus from possible drone raids from the north of the Turkish-occupied island following the 1974 invasion.

We recall that in January 2020 the Republic of Cyprus, Israel and Greece signed an agreement on the EastMed gas pipeline, a major project for the extraction of natural gas in the eastern Mediterranean, due to strong tensions with Ankara.

In this regard, the system Iron Dome it is also installed on the four new Israeli corvettes Sa'ar 6 (See "Israel and the defense of its energy supplies in the Mediterranean") which, also equipped with long-range (100 km) surface-to-air missiles Barak 8, constitute the anti-aircraft / anti-missile defense on the high seas against possible attacks against the commercial interests of Israel.

In 1954 the Armalite Division of the Farchild Engine & Airplane Company began the development of an assault rifle ...
1231
Read

After a long period of experimentation by the "Folgore" brigade, the ...
3846
Read

The war in Ukraine is showing that the armored component is still fundamental in a modern army. There...
6457
Read

Like every summer, many, too many are the fires that devastate hectares and hectares of woods. Often the Fire Brigade ...
2050
Read

While Turkey is tightening its tone towards the Greeks, breaking the dialogue with the government of Athens, Paris ...
73928
Read

Pakistan purchased the Chinese Z-2006EC helicopters in 9, an ASW variant specifically produced for the ...
22768
Read

They are certainly not new, the recognized abilities of Sultan Erdoğan to move with extreme ease among the ...
53391
Read