Home Military world Israel and the defense of its supplies ...

Israel and the defense of its energy supplies in the Mediterranean 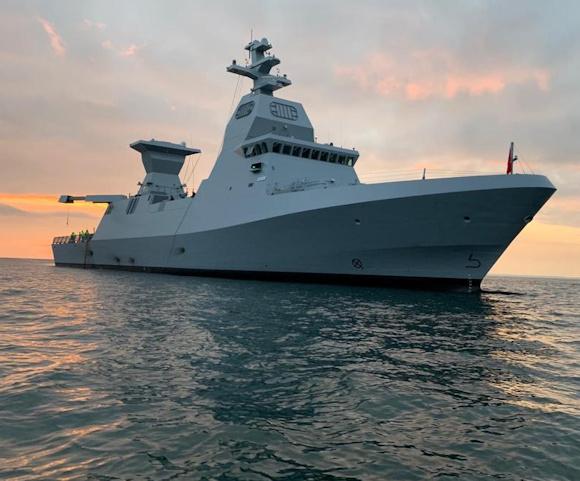 The State of Israel draws about 60% of its energy needs from natural gas fields located off its coast and has started exporting gas to its Arab neighbors, such as Jordan and Egypt. Furthermore, the Israelis are carrying out a project, with Cyprus and Greece, for the construction of an underwater gas pipeline capable of supplying Europe as well.

With so much at stake, Hezbollah's pro-Iranian militias in Lebanon have identified Israeli gas installations as priority targets.

Israel takes such threats seriously. During the operation Grey Fuso In 2006 in Lebanon, a Hezbollah cruise missile hit an Israeli warship Sa'ar 5, killing four crew members. As evidence of the fact that even then, Hezbollah militiamen had missile systems capable of hitting naval targets as well.

The Israeli Navy is receiving four new units, manufactured in Germany, intended to protect the energy resources of the Jewish state in the Eastern Mediterranean.

The new corvettes, named Sa'ar 6, will guard Israel's 200-mile EEZ (Exclusive Economic Zone). The natural gas industry, seen as a national resource, is at the center of national strategic interest.

The new ships will be equipped with more powerful radar and other electronic systems, and will be able to navigate even in adverse weather conditions. 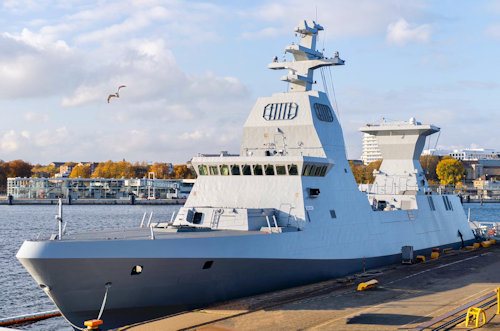 The Sa'ar 6 class has a length of 90 meters and a displacement of approximately 2.000 tons fully loaded. The units are equipped with the latest radar and electronic technologies that the Israeli industry can provide, as well as a panoply of domestically made weapon systems. According to what has been leaked, the Sa'ar 6 corvettes are equipped with an ELM-2258 ALPHA multi-band rotating AESA radar as the main sensor and ESM / ECM suite, integrated with three deception launchers.

Israel signed the purchase contract for the four Sa'ar 6 in 2015, for a value of approximately 430 million euros per unit. To give an example, the FREMMs purchased by the Navy were paid around 600 million euros each, with a displacement three times higher but with a decidedly lower attack and defense capacity.

"The Sa'ar 6 class is one of the most advanced war machines in the world, representing a significant leap forward in the capabilities of the Israeli Armed Forces to ensure our safety at sea and in naval operations.", sentenced the head of the IDF, Lieutenant General Aviv Kohavi.

This afternoon, the Ministry of Defense of the Russian Federation issued the following statement: "Two ...
2015
Read

The latest news about the movements of Russian troops towards Crimea speak of three regiments of the VDV (Vozdušno -...
5648
Read

The tension between Ukraine and Russia does not seem to be defused, having been engaged for weeks to "flex their muscles" in the ...
4461
Read

In March 2021, three nuclear submarines simultaneously emerged near the Alexandra Island of the archipelago of ...
1804
Read

The Kirov class nuclear-powered cruiser (Project 11442M) Admiral Nakhimov which has been under construction since 2013 ...
2881
Read

The utterances of the Deputy Prime Minister of the Russian Federation, dated 8 April, Dmitry Nikolaevič Kozak, are ...
3990
Read

Some operators of the special forces of the Russian Federation, the KSO (Komandovanie sil spetsial'nalnykh operatsii), ...
7454
Read

The Takuba Task Force is taking shape more and more, wanted by France to fight the jihadist groups operating ...
5106
Read