Rheinmetall Lynx 120 instead of the Ariete wagons? 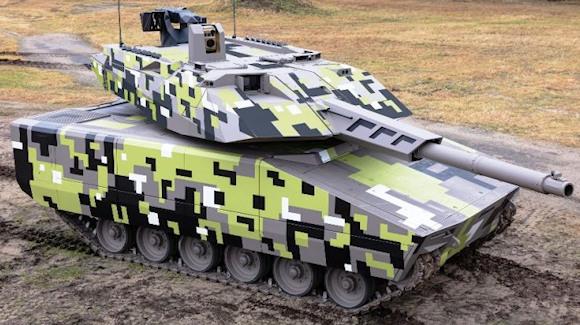 During the last period of the Cold War, the Western Powers developed and built high-mass MBTs (the British Army, already in the 50s and 60s of the twentieth century, had taken this path with heavy tanks. Centurion e Chieftain, respectively with a mass of 51 and 56 t), increasing the thickness of the stratified armor. Between the end of the 70s and the beginning of the 80s of the last century the American M-1 made their appearance Abrams Books, the British Challenger and West German Leopard 2. These MBTs, over the following decades, underwent a development process that further increased their weight.

In 2020, the US Army introduced the most recent version of theAbrams Books, called M-1A2 SEPv₃ (System Enhancement Package version 3) which reaches a mass of 73.500 kg. The exponential increase in protection is the result of the lessons learned in recent operational theaters, which have seen the proliferation of very lethal weapon systems for armored vehicles (see the use of "suicide" drones in the recent Nagorno Karabakh conflict).

Obviously, MBTs of this size constitute a considerable increase both from the point of view of production costs and logistics, even for the most modern armies. To give an example, an LCAC (hovercraft) has a maximum load of 60 t therefore it is impossible to transport the latest version of theAbrams Books. Also for this reason, the Marine Corps is decommissioning the MBTs, as their movement in the South Pacific, by means of the LCUs (Landing Craft Utility), would be too slow and therefore would be an easy target for Chinese missile systems.

It should also be considered that, according to studies carried out by the Marines and the US Army, future operational theaters will be predominantly dominated by urban environments. This will inevitably affect the technical characteristics of future armored vehicles, which must have limited dimensions and weights, 360 ° active protection, shorter length of the muzzle, remote-controlled machine guns, programmable and guided ammunition, etc. 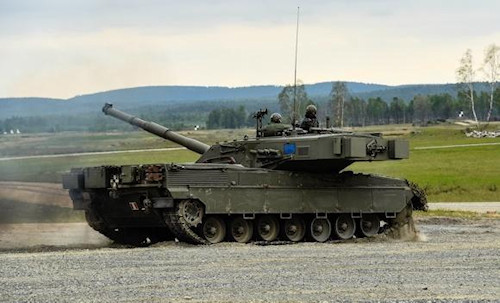 This is why the decision of the Italian Defense to update a tank such as the C-1 appears very impractical Ram (photo), which it was already out of date when it was introduced to the press in 1987. The three prototype wagons should be completed during the year, at a cost of 36 million euros (as regards the interventions to which the Ram we refer to previous articles).

Precisely taking into account future operational scenarios, a more functional means should be aimed at. Rheinmetall unveiled a medium tank based on the armored fighting vehicle platform for infantry Lynx KF41, armed with LLR cannon (Light low Recoil) 47 mm L120 (capable of firing the latest generation DM11 ammunition). Such a solution would offer in terms of mobility, firepower and performance protection significantly higher than the C-1 Ram, with much lower costs. The national industry could participate in the program by providing the active protection system (systems trophy).

Another pressing need concerns the replacement of the old IFVs Dart. Also in this case the solution could be the adoption of the Lynx KF41 with turret armed with a 35 mm gun (see article).

In practice, an MBT binomial could be created Lynx/ AIFV Lynx with which to equip armored / heavy brigades Ram e Garibaldi. In order to have two large units equipped with vehicles up to the current and future operational scenarios.

A Pakistani court has summoned the heads of all past and current governments, including the former military governor ...
318
Read

The experience gained on the ground, in the last two decades, by the Italian military personnel engaged in the missions ...
12698
Read

After the decommissioning of the M551 Sheridan tank, which took place in the mid-90s of the last century, the US Army ...
16374
Read

The director of the Kredmash mechanical plant in Kremenchuk would have confirmed (source Komsomol'skaja Pravda) that ...
7797
Read

On June 6, with two separate ceremonies at the Fort Wainwright and Elmendorf-Richardson bases, she was reactivated in ...
9007
Read

For a long time, Difesa Online has emphasized the importance of acquiring (and maintaining) artillery pieces, monotube and ...
22719
Read

British Army Chief of Staff Sir Patrick Sanders says the invasion of Ukraine by the ...
12822
Read

During the last world war the Panzerkampfwagen V Panther, having solved the initial mechanical problems, was ...
27668
Read