Home Military world The Army will replace the Darts thanks to Rhe ... 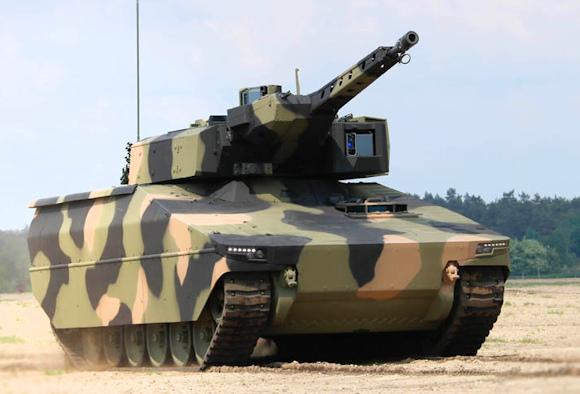 The Heavy component of the Italian Army urgently needs to replace the DARDO IFVs, as it is an obsolete vehicle, not suitable to face the new operational scenarios, characterized by highly lethal threats.

As exposed in the Chamber's Defense Commission, on 13 January, Rheinmetall Italia, a subsidiary of the German company of the same name, undertook to identify the operational requirements for a combat vehicle for infantry (a requirement of at least 400 vehicles) to be able to line in the decade 2025-2035.

Specifically, the German company proposed the creation of an Italian pole of excellence through the consolidation of the national land sector. In other words, the “Transfer of technology and Know how in the tracked sector from Germany to Italy to the benefit of the national industry ".

"The central theme we are talking about is the creation of an Italian pole of excellence through the consolidation of the national terrestrial sector, with the creation of national assets and European cooperations". This was reported by the CEO of Rheinmetall Italia, Alessandro Ercolani at a hearing in the Chamber. “The starting point of this strategic collaboration is the replacement program, to be implemented in a short time, of the Dardo. Where Rheinmetall and Italian industries can work on the Lynx platform. We can involve the entire national industrial sector, the Italian production quota can exceed 70% of the order value ". 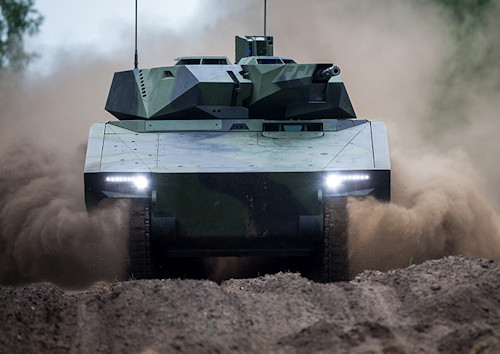 Il Lynx it has been designed to offer a high degree of protection (it can carry 6/8 infantry plus three crew), even in non-permissive contexts. The mass of the vehicle can vary from 40 to 50 tons, depending on the degree of additional armor installed above the main one. Furthermore the interior of the Lynx it has an anti-crush coating to protect the crew, while the hull structure has been designed in such a way as to disperse the shock wave generated by the IEDs. Industrial collaboration with Leonardo could also lead to the installation of active protections type trophy.

The mobility of the Lynx it is ensured by a diesel engine, capable of delivering over 1.100 hp.

The Army focuses heavily on the Heavy Brigades (Ariete, Garibaldi and perhaps Sassari), as a leading unit for high-intensity scenarios. However, these brigades suffer from the obsolescence of their main vehicles, such as the ARIES tank.

The partnership with Rheinmetall could also open up a new scenario in the future that could allow Italy to enter the program of the new Franco-German MBT.

It is certainly not new that aircraft of the Aerospace Forces of Moscow violate the airspace of the Scandinavian countries ....
631
Read

Chinese soldiers will travel to Russia to participate in a series of joint exercises. To the maneuvers ...
14824
Read

It was known that Soviet, and later Russian, industrial and technological espionage (S&T) never really ...
14567
Read

Anyone who has kept an eye on the renewal of the Navy's ship (limiting the analysis to "gray ships", ...
51622
Read

Bangladesh appears to be dissatisfied with the quality of military supplies received from Beijing. China uses ...
6255
Read

Operation Breaking Dawn by the IDF in the Gaza Strip will continue until all the ...
7440
Read

Terrorist attacks in Mali continue by Islamist groups that are gaining more and more power. At the end of July...
2043
Read

While Europe is focused on the war in Ukraine these days, the tension that arose from the official visit ...
2720
Read

With the eyes of the world on the Ukrainian war, it is often forgotten that there are other outbreaks ready to explode ...
7614
Read