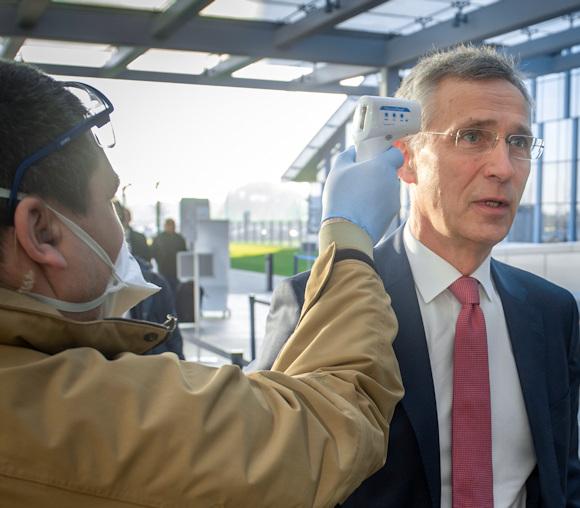 NATO is still unprepared for biological threats and future risks could be much more serious than this pandemic. Future biological threats, natural like the current one or even artificial in the case of a predetermined attack, will be faster and faster, disruptive and without borders. Like recently argued by Admiral Stavridis, former NATO Supreme Allied Commander Transformation: a need is needed war plan for the future. And it must be started immediately.

Italy should be at the forefront of this, not only because it was the first Ally to be attacked by the epidemic, but because the Mediterranean and the MENA region (Middle East and North Africa, ed) south of the Alliance is very fragile compared to these risks, given the complex dynamics of conflicts, economic crises, institutional fragility, and social challenges. In fact, NATO opened its own in Italy already two years ago Strategic Direction South, a command for the analysis of security problems in the southern suburbs of the Alliance. Furthermore, in the changing world, especially on an environmental and climatic level, this kind of crisis can become more and more frequent. So the sooner you think about transforming the Alliance to defend against global and invisible threats, the better.

As said in a mine article Previously, NATO should play four main roles: joint defense coordination action; greater cooperation between the civil and military world; a decisive surveillance role; and finally a defense against hybrid, cybernetic and cyber attacks by non-state actors or by dictatorships competing on the world stage. In this article we instead analyze specifically how to improve the tools that NATO has for the defense against biological threats, which seem the most pressing among the CBRN threats (Chemical, Biological, Radiological or Nuclear). 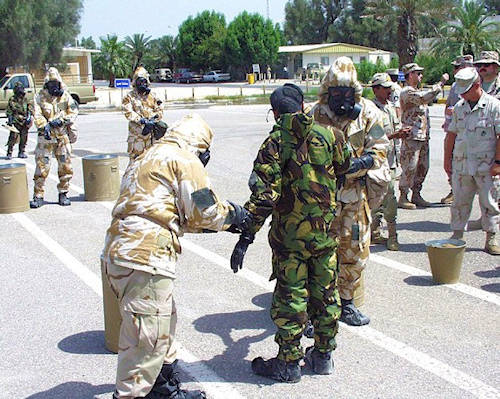 Allies already invest resources in military capabilities ranging from reconnaissance to prediction, protection and decontamination from CBRN. In addition, NATO adopted a Weapons of Mass Destruction Initiative (WMDI) in 1999, for a comprehensive political-military approach in the event of a CBRN attack. This is why the Alliance already has a Task Force "Combined Joint CBRN Defense"(With a multinational battalion), an Excellence Center"Joint CBRN Defense" it's a "Joint CBRN Defense Capability Development Group". Today, however, the time has come to update this initiative and make a qualitative leap.

But how to improve these tools that NATO has to defend against biological threats? Here we list four specific points:

1) NATO should first develop more skills needed for CBRN defense. These include not only the military ones but also the civil ones, for example the vaccination and decontamination programs of the infected areas, as well as it is necessary to modify the existing doctrine based on the adoption of these new capacities. This also means creating clear standardization documents, from standards for reconnaissance of contagions to regulation to reduce the movement of troops and avoid the spread of the disease caused by biological attack. Exercises and simulations could be conducted, not only in their own countries but also in partner countries, with the Cooperative Security programs, in particular with the Peace and Security Science Program already active.

2) NATO should better use its dedicated teams and centers health protection and protection of civilians in emergencies. In addition to those mentioned, first of all the "CBRN Medical Working Group", established under the COMEDS (Chiefs of Military Medical Services) as a group responsible for the standardization of all NATO activities related to health protection; the "Civil Emergency Planning Committee"; the NATO Research and Technology Organization; and the "Euro-Atlantic Disaster Response Coordination Center”(EADRCC), of which Spain had requested activation with this crisis. Under the auspices of these centers, the Allies have since 1998 organized an inventory of military and civilian capabilities that can be used for countries in difficulty or under attack. In this sense, NATO should also use more of its Strategic Transformation Command in Norfolk, VA, where the Strategic Foresight Analysis alliance report, followed by the Future Framework for Alliance Operations. These tools should be the basis for making detailed plans on possible future risks and above all preparing the Alliance starting from exercises that simulate contaminated environments or using big data analysis for more detailed forecasts. 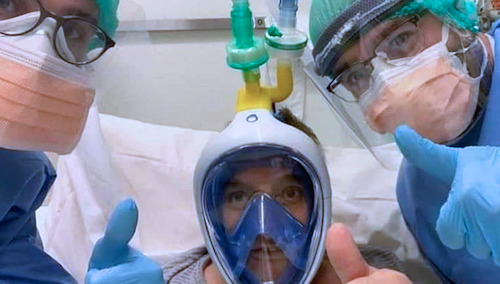 3) NATO should increase cooperation within its structures between the civil and military world and also with other international actors. There should be greater cooperation first and foremost between NATO intelligence and the community of scientists working on public and global health, but also with the scientific and technological community and the private sector involved in producing the medical material needed for pandemics. Recently for example, in the COVID-19 crisis, the NATO Agency for Support and Supply (NSPA) collaborated with an Italian start-up to produce respirator masks with 3D printers. NATO should also promote regional cooperation and interoperability; increase its cooperation also with the EU and with the UN or WHO, in order to already have cooperative action models ready in the event of an outbreak of epidemics.

4) NATO should finally update its cyber defense and AI. In fact, the two threats, biological and cyber / AI, will be increasingly connected. With the lockdown our societies become much more fragile to cyber attacks, with quarantines for example all people will live and work from home with a need for always active online services. A cyberattack blocking all internet functions in epidemic stages would be a devastating shock. But above all, the Alliance should greatly develop its Artificial Intelligence, since the era of AI has already begun and could jeopardize the ability of the scientific community or of the governments themselves to defend themselves from the virus. Developing theArtificial Intelligence with both biotechnology and information technology, NATO must become one of the first in the creation of bio-IT tools that can not only trace viruses in people but help them fight them with nanotechnologies as soon as vaccines or antivirals are available. This will perhaps also represent a tipping point for our humanity, given that, as some intellectuals say Yuval Harari, we are going through a transition from Homo Sapiens to another type of species.

In short, there is a need for a proactive strategic agenda for this new era of uncertainties, not just immediate reactions that focus on the "here and now": there will be a need for a "plan A" and many other "plans B" and an efficient and sustainable strategy over time. We could say that, looking at common sense, NATO should use more principles present in the armed forces, in particular the aeronautics: thereliability (i.e. the ability to function effectively over time) and the redundancy (i.e. always have a second means or system to compensate if the first fails). There is no time to lose.

The American military device, in recent years, is undergoing a profound restructuring in order to face ...
1353
Read

The fast multi-role vessel Project 02510 entered service on November 24 with the Baltic Fleet of the ...
1857
Read

The IRINI mission - launched last year by the European Union to support the UN embargo, aimed at blocking the ...
3314
Read

The hull of the icebreaker ship Evpatiy Kolovrat, the class leader of Project 21180M, was set up at Almaz ...
833
Read

Only 5 years ago the Turkish press was promoting the new ALTAY national battle tank as the most modern MBT in existence ...
3544
Read

According to a press release released on November 23, 2020, Huntington Ingalls Industries Shipyards have ...
981
Read

After 48 years to protect the skies of Japan on November 20 they were officially withdrawn from service ...
1461
Read