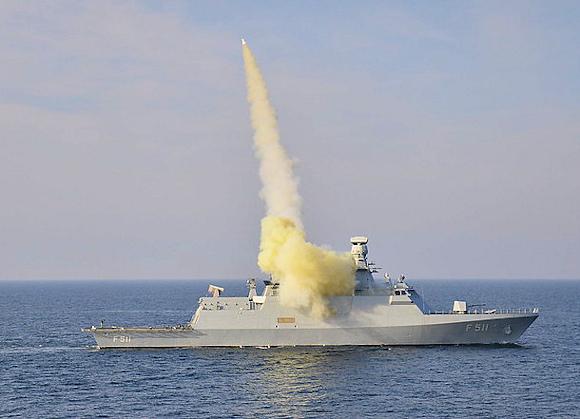 Turkish President Recep Tayyip Erdogan in his speech at the end of his visit to a tank track factory located in the Sakarya District, in the Marmara Region, focused on Ankara's foreign policy and on alliance and cooperation relations with Qatar.

Erdogan stressed that Turkey is present in Libya, Syria, Azerbaijan and the Eastern Mediterranean and that it will carry out its own "Legitimate rights" carrying out exploration activities in all "Its seas" and, specifically, in the vicinity of Cyprus.

Therefore the "sultan" Erdogan has again used strong tones to draw the line of the foreign and defense policy of Turkey also in this juncture. The list of states in which the Turks are present both militarily and as "influencers" of public policies is aimed at highlighting the importance of the country as an international power capable of projecting its strength "imperially" outside national borders. .

The strategic conception of the Mavi vatan (Patria Blu) was summarized a few years ago by the former Turkish Rear Admiral Cem Gürdeniz as "diplomacy of warships and drills" and this is the keystone of the continuity between "Strategic Depth" and "Blue Patria" with the second which is the maritime corrective of a purely telluric doctrine. Turkey's strategic objective remains that of freeing itself from the Anatolian territorial limitation in which, with the Treaty of Sevres of 1920, the victorious powers of the Great War harnessed it. But the "strategic depth" of Turkey is such only if accompanied by a widespread presence at sea of ​​warships (supported by bases scattered in the Mediterranean hinterland) and ships used for drilling.

The navalist-Ottoman policy set by Erdogan has in the purely military element one of its strengths and in the economic capacity of the country that of endemic weakness and which could cause it, in the final analysis and with a hyperextension of the Turkish projection space already tending to limit of his abilities, the sudden and vertical collapse. This Erdogan knows this well and needs to obtain maximum results - including energy self-sufficiency - in the shortest possible time in order to abandon his incremental revisionism with a revolutionary tendency.

Another interesting element of Erdogan's visit to the Sakarya factory was the reference to the Turkish-Qatari relations that have experienced a phase of close ties since 2017, when Saudi Arabia, the United Arab Emirates, the Kingdom of Bahrain and Egypt had imposed an air blockade on the Qatar, causing huge losses for the Doha coffers. Over the years, the strategic nature of the bilateral Turkey-Qatar bond has emerged especially with regard to cooperation in military matters, just think that the Turks delivered on 8 October 2020, the QTS 91 "Al-Doha", the first of the two cadet training ships, bound for the Qatari naval forces.

In force since 2014, the Turkish-Qatari Joint High Military Committee saw its prerogatives strengthened in 2017 with the ratification by the Ankara Parliament of the cooperation agreements on the arms industry and joint military exercises. Turkey also has two bases in Qatar since 2014 (the year of the first bilateral strategic partnership agreement), respectively “Al-Rayyan” and “Tariq bin Ziyad”. 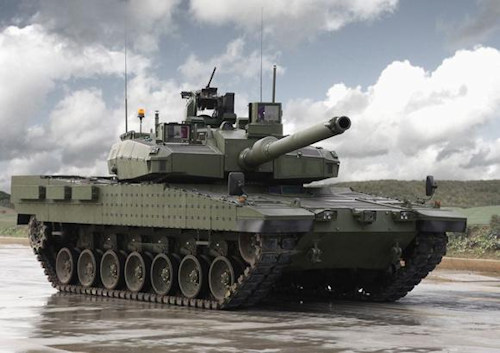 Turkey and Qatar are on the same side in all regional political-military crises, from Libya to Syria via the Gulf. This is a fundamental bilateral relationship for both countries with Ankara which needs financial support from Doha to carry out its projects and investments in the military field, given the chronic lack of liquidity and solidity abroad of the Turks, and the Qatariots who they need the support of a high-level military partner.

Erdogan dwelt in Sakarya precisely on relations with Qatar as the opposition forces had accused the president of selling off the national industry to foreigners. In fact, the production of the Sakarya plant is 49% co-financed by Qatar and Erdogan had to specify that this money is part of the strategic cooperation agreements and that the factory remains entirely owned by the Turkish state and, specifically, by the Ministry. of the National Defense (which manages its production) assignee of the Ministries of the Treasury and Finance (which own the walls): “Without a strong defense industry - explained Erdogan - Turkey can never be independent ".

Currently, in addition to the design, production and maintenance of tracks for tanks, the Sakarya plant also produces self-propelled howitzers firtina 155 mm (T-155) and its variant Firtina II, in addition to ammunition vehicles northeaster which is the complementary ARV to the T-155. Furthermore, Erdogan announced that the idea is to direct the production of the fourth generation tank to Sakarya Altay (photo), which should constitute the tactical-strategic scaffolding of the Turkish armored forces, whose modernization programs include the entry into service of 1000 MTB Altay to be delivered in batches of 250. In the agreement signed by the SSB (Turkish Presidency of Defense Industries) with BMC it was planned to deliver the first batches starting from 2020 but due to delays (v.articolo) everything has been postponed "At the earliest in 2023" according to Erdogan's words to Sakarya.

Photo: Türk Silahlı Kuvvetleri / Presidency of the Republic of Turkey

A Pakistani court has summoned the heads of all past and current governments, including the former military governor ...
610
Read

The experience gained on the ground, in the last two decades, by the Italian military personnel engaged in the missions ...
12884
Read

After the decommissioning of the M551 Sheridan tank, which took place in the mid-90s of the last century, the US Army ...
16403
Read

The director of the Kredmash mechanical plant in Kremenchuk would have confirmed (source Komsomol'skaja Pravda) that ...
7845
Read

On June 6, with two separate ceremonies at the Fort Wainwright and Elmendorf-Richardson bases, she was reactivated in ...
9033
Read

For a long time, Difesa Online has emphasized the importance of acquiring (and maintaining) artillery pieces, monotube and ...
22746
Read

British Army Chief of Staff Sir Patrick Sanders says the invasion of Ukraine by the ...
12847
Read

During the last world war the Panzerkampfwagen V Panther, having solved the initial mechanical problems, was ...
27683
Read