Home Military world To save the MBT Altay Ankara turns ... 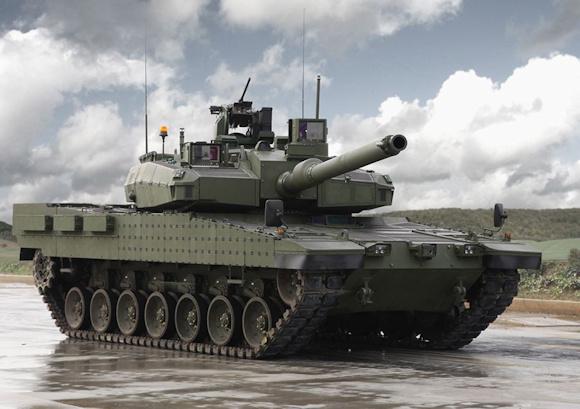 Just 5 years ago the Turkish press was promoting the new ALTAY national battle tank as the most modern MBT in the world. Subsequently, in 2018, Ankara announced that its production would be entrusted to the industrial group BMC, although the development of the vehicle had been taken care of by Otokar.

An initial order was also signed for the supply of 250 wagons, with the first deliveries scheduled for 2020. In addition, Qatar expressed its intention to purchase another 100 vehicles.

The ALTAY has a combat weight of 65 tons, is equipped with a 55/120 mm MKEK cannon (copy of Rheinmetall L55) with smooth barrel. The installation, on the ROKETSAN composite armor, of a reactive protection, a YAMGOZ telescopic optical unit for 360 ° surveillance, a shot arrival detection system and a laser detection kit are planned.

The main problem was that the ALTAY lacked a modern propulsion system.

For a time, Turkey had considered working with Japan to develop an engine for MBT, with the Mitsubishi Heavy Industries group being contacted to form a joint venture with a Turkish industrial partner for this purpose. But this project never materialized. 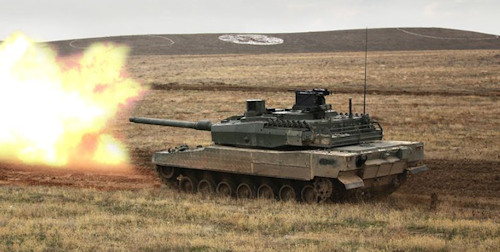 Finally, two German groups were contacted: MTU for a 1.500hp turbo diesel engine and Renk for the transmission. For the composite armor based on boron carbide, however, French manufacturers were contacted.

However, the expansionist policy pursued in recent years by President Erdoĝan has complicated the production of ALTAY tanks. Indeed, Germany has decided on an embargo on all systems that could be used by Turkish forces in northern Syria.

Embargo involving MTU engines and Renk's HSWL 295 TM transmissions and, given its poor relationship with Paris, Turkey has to find other suppliers for composite armor.

"This program suffers significant delays due to lack of access to important components such as the engine, transmission and armor.", admitted a Turkish defense official, interviewed by the French online newspaper Zone Militaire. “I am unable to provide a date for the start of series production. All I know is that we are trying to continue with the program ", he added. 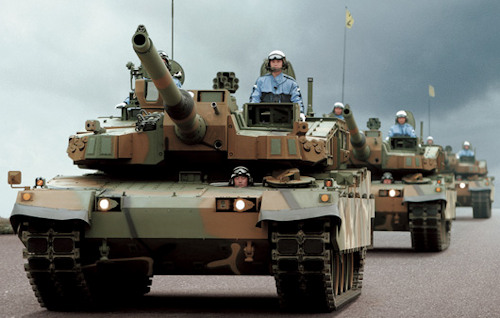 Ankara, therefore, is looking for other partners. And since the ALTAY is inspired by the South Korean K-2 BLACK PHANTER tank (photo), the most logical solution is to seek a deal with Seoul, and more specifically with the Hyundai Rotem. Especially since relations between the two nations are good, the Turkish industry has, for example, produced under license the K-9 THUNDER howitzers of the Samsung group.

In any case, BMC is in talks with two Hyundai Rotem subcontractors: Doosan for the engines and S&T Dynamics for the transmission system (even if the transmission of the first K-2 wagons delivered has certainly not proved optimal).

Meanwhile, the Turkish Ministry of Defense had no choice but to modernize the tanks currently in service. Recently, the protection of the Leopard 2A4 has been strengthened (increasing its mass by 7 tons). While the M-60s, designed in the 60s of the last century, received a PULAT active protection kit, developed by ASELSAN.

Photo: Presidency of the Republic of Turkey / Hyundai Rotem

It is certainly not new that aircraft of the Aerospace Forces of Moscow violate the airspace of the Scandinavian countries ....
1335
Read

Chinese soldiers will travel to Russia to participate in a series of joint exercises. To the maneuvers ...
16370
Read

It was known that Soviet, and later Russian, industrial and technological espionage (S&T) never really ...
14793
Read

Anyone who has kept an eye on the renewal of the Navy's ship (limiting the analysis to "gray ships", ...
51797
Read