Military operations abroad and foreign policy: round table in Bologna 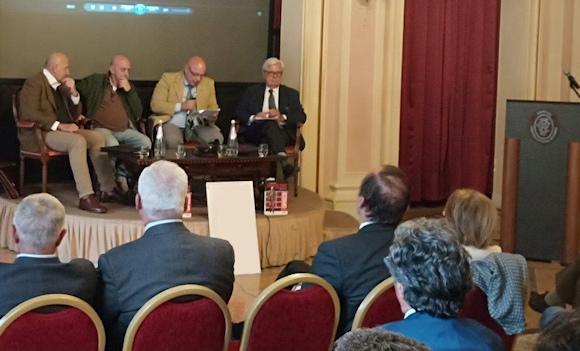 There was talk of the Italian Army, of operations abroad and much more, at the seminar organized in Bologna last May 3 by the Center for Historical Military Studies “Gen. Bernardini ".

Some of the major witnesses to the long transformation process that characterized the armed force in these last 30 years took part.

With them Toni Capuozzo, journalist and writer, known to the general public for the many reports and services from the crisis areas in which our soldiers operated; Ambassador Guido Lenzi, long-time diplomat, former National Representative to the OSCE, who is currently divided between teaching at the University of Bologna and as a writer; and Antonio Li Gobbi, a general of a corps, on several occasions engaged abroad as an observer of the United Nations, commander of troops, and with positions of responsibility in the "operations" branch: at the Allied Command of SHAPE, at the headquarters of the 'Alliance and, last but not least, as ISAF's Chief Operating Officer in Kabul.

They were interviewed by another exceptional witness: Gianandrea Gaiani, writer, director of Defense Analysis and commentator on the main national television networks (Rai, Mediaset, La7 and SkyTg24), as well as the usual signature of Il Mattino, Il Messaggero, Libero and Il Corriere del Ticino.

An hour and a half of tight, open and secular debate, which has examined the evolution of Italian military operations abroad from different angles.

Lenzi, who was given the task of starting the round table, underlined how the growing commitment of the Army in all these years is due to the progressive commitment of the UN, favored by the end of the bipolar world.

According to the diplomat, the Srebrenica massacre in Bosnia and Herzegovina, and the incapacity to offer protection to the local population, constituted a moment of verification that allowed to rethink how to make more efficient the use of the military instrument under UN flag, in the cases in which human rights violations occurred and state structures at war needed to be rebuilt.

In all these years, for the diplomat, the Italian Army in particular and the Armed Forces in general have responded fully to the challenges, even if in some situations, due to faults that are not their own, the necessary link between the Ministry of Foreign Affairs and the defense was missing, because "if it is true as it is true that diplomacy needs the armed forces, it is equally true that the armed forces need diplomacy ”.

Li Gobbi contextualized the operations of the Army abroad within a historical perspective. This is because, according to him, the missions are not a product of our recent history, "but a consolidated practice of the governments of the Kingdom of Italy, as in the case of the intervention in China of the 1901, during the revolt of the Boxers and that, also in China of the 19371". Subsequently, after the end of the Second World War and precisely with the September 8, "military intervention no longer appeared "politically correct", because "Lacking the necessary credibility lost with the pro tempore bankruptcy of the State".

Precisely for this reason - continued Li Gobbi - our Constitution, in the first paragraph of the art. 112, repudiates war as a means of resolving disputes, and relinquishes, in the continuation of the article, part of the sovereignty to supranational organizations, thus affirming “the renunciation of using the military instrument to its full potential, including diplomatic ones".

In the analysis of the general, those Italians end up becoming the "interests of the alliance system of which Italy is part ", with the result that progressively "fades" the national connotation of the same.

Minister Lelio Lagorio, in the years 80, will have to wait for a first turnaround, which will lead to the specific definition of the interests of the nation, not necessarily coinciding with those of the alliances to which it has adhered.

With Lagorio, in fact, Italy will carry out the first mission in Lebanon (1982) which will be followed, in the following years, by those in Namibia, Mozambique and Somalia, with in the background, the all-Italian effort to supply with the "boots on the ground"The inability to advance autonomous foreign policy initiatives.

Even Toni Capuozzo started his intervention from a historical event, the fall of the Berlin Wall, the day after which he even thought of a new era of humanity bringing peace and prosperity3.

"We know how it turned out, and we all remember the many failures that have characterized the actions of the UN in recent years, "he said. affirmed the journalist. He also recalled that Italy, which is arriving in Lebanon in the 1982, is still the one "mothers worried about military conscripts, an Italy that will experience the loss of the only fallen as a national tragedy: the "marò Filippo Montesi" of which, not by chance, we still remember the name.

Capuozzo describes the Italian Army as "a company that has been able to ride the global crisis, stepping head-on from the many challenges it has faced ”, during the numerous international missions.

Armed force that is a guarantee for all, to which it suggests for the future of "get used to operating in contexts characterized by great political volatility ", also of foreign policy: just think about what is happening in Libya.

Capuozzo today sees the Army as "a mature person, who must equip himself to confront a political class that has no medium or long term prospects ". Expression of a people that still prefers to represent the military with a sickly goodness, "like so many Santa Clauses, forgetting that when it comes to fighting they do it well as well ”.

Gaiani also agrees with the description given by the colleague, when he indicates the inability (indeed of the whole western world) to sustain losses in combat, which drives us to "Participate in operations where no one fights", with tasks of combat service support (CSS) and security sector reform (SSR), better digestible by a distracted and provincial public opinion, little used to wide-ranging topics, which go beyond the “own particular".

The continuous decline in funding does the rest, allowing for complete training, in line with that of the allied partners, to the military alone preached to go abroad.

There is also an aspect on which Gaiani urges a reflection: that of the growing internal threat, plastically represented by the over 7 thousand Army soldiers employed in the "Safe Roads" operation, an almost double number compared to the comrades employed abroad for protection of "external" security.

The result is, at the end of the debate, the overall positive portrait of a fundamentally sound terrestrial instrument for the quality of human capital and ability to do, but forced to come to terms with an "Italian system" locked up on itself, especially when compared with our natural competitors.

And of a political class that sails on sight, incapable of formulating a foreign policy consistent with the role that the peninsula would have for history, size and geopolitical position.

To comfort us remains, looking at what happens beyond the Channel, the bitter consolation of being in good and unexpected company.

1On the occasion of the Sino-Japanese conflict, 1, battalion of the 10 regiment, the Grenadiers of Savoy and the Montecuccoli cruiser with a naval infantry department, were sent to defend the Italian resident communities.

2Italy rejects war as an instrument to offend the freedom of other peoples and as a means of resolving international disputes; allows, on an equal footing with other states, the limitations of sovereignty necessary for an order that ensures peace and justice between nations; promotes and favors international organizations aimed at this purpose.

3The American political scientist, Francis Fukuyama, in a very famous article published by "The National Interest" - the most important quarterly of US geopolitics - even spoke of "the end of history", in the sense of a world inexorably directed towards the triumph of liberal democratic regimes and globalized capitalism. 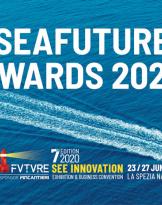