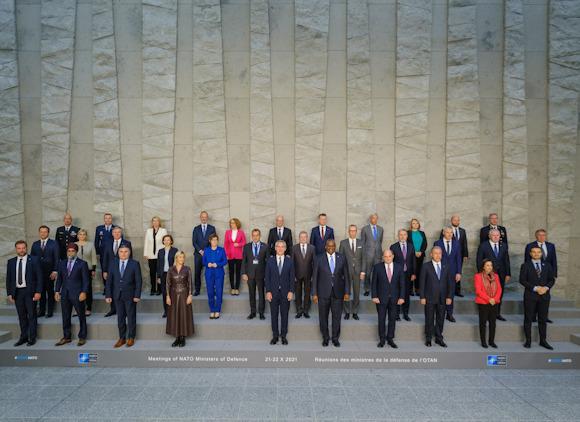 On 21 October 2021, the defense ministers of NATO countries approved and released, for the first time, the NATO strategy for Artificial Intelligence (AI).

For several years we have been talking about how AI can be used in the context of defense.

Almost 5 years have passed since, on October 30, 2016, under the presidency of Barak Obama, the report "Preparing for the Future of Artificial Intelligence" was issued in the United States, a document in which the field of AI was addressed in a extended by giving recommendations on the progress of development.

In the final part, "Global considerations and Security", recommendations were given on some particularly important aspects, namely:

Recommendation 21: The US Government should deepen its engagement with key international stakeholders, including foreign governments, international organizations, industry, academia, and others, to exchange information and facilitate collaboration on AI R&D.

Recommendation 23: The US Government should complete the development of a single, government-wide policy, consistent with international humanitarian law, on autonomous and semi-autonomous weapons.

The objectives are four:

- provide NATO and the Allies with a basis to encourage the development and use of AI responsibly for Defense and Security purposes;

- accelerate and integrate the adoption of AI into the development and delivery of capabilities, improving interoperability within the Alliance, including through proposals for AI use cases, new structures and new programs;

- protect and monitor our artificial intelligence technologies and the ability to innovate, addressing security policy considerations such as compliance with our principles of responsible use;

- identify and protect against threats arising from the malicious use of AI by state and non-state actors.

One might wonder how NATO intends to pursue its objectives and the answer, at least in part, is found within the same strategic document, in fact we read that "NATO intends to integrate AI in an interoperable way to support the three key tasks. The deployment of AI will be conducted responsibly through organization, mission support and operational level in accordance with international law".

The rest of the answer can be read in several newspapers, especially in the United States, which say that NATO will launch a new innovation fund with a billion dollars this week, as announced on 20 October by NATO Secretary General Jens Stoltenberg.

It will be the new NATO structure called "Defense Innovation Accelerator for the North Atlantic" (DIANA), the NATO equivalent of DARPA, to act as a link with the civil and research world of the Alliance countries.

We Italians try to take advantage of this new opportunity to carry out a fundamental research sector for the future not only of the Defense and Security sector but of the whole society.

- The impact of Artificial Intelligence on intelligence analysis - Online Defense

- NATO Plans AI Strategy, $ 1B Investment Fund as it Seeks to Stay Ahead in Tech Realm | Military.com

Some time ago, for science fiction lovers, films called "Terminator" were released in which a robot was capable...
290
Read

Surely in the last few weeks you have heard of ChatGPT, a chat that makes use of Artificial Intelligence...
1081
Read