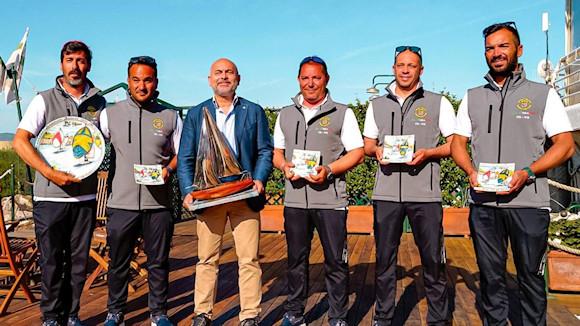 At the end of ten hard-fought and spectacular regattas held in the Porto Ercole - Cala Galera stage, which is part of the national class circuit, the XLI J15 Italian Championship ended yesterday May 24th.

In Cala Galera, in the presence of the director of Marivela, cv Giuseppe Cannatà, the crew was awarded for the victories in four races out of the ten completed, the one for the victory of the general classification but, above all, the Challenge Trophy which confirms them as the first national crew in the class of one-design boats among the most popular in the world.

Today the Italian champion crew was received by the Deputy Chief of Staff of the Navy, Admiral Giuseppe Berutti Bergotto, who congratulated for the excellent result which represents a significant sign of the presence of the Armed Force in the national competitive context. An applause for the crew of the Offshore Sailing Center but also for all the members of the sailing sector of the Armed Force who supported the preparation of the boat and the crew to achieve this important success.

Having reached this milestone, the commitments for La superba continue with the preparation phases for the next European Championship to be held in Howth (Ireland), from 30 August to 3 September, where the boat is called to defend the continental title won in 2019 in Patras (Greece).

With on board Vincenzo Abbagnale, the Tokyo 2020 Olympian, and the world medalists, Cesare Gabbia, Salvatore Monfrecola ...
53
Read

After the winter season, the competitions of the summer disciplines linked to the mountains resume for the athletes of the ...
83
Read

The Olympic Sports Center of the Army has won two gold medals, one silver and ...
200
Read

Other flattering results for the GSPD Defense competitors at the Invictus Games taking place in The Hague in the Netherlands ....
265
Read 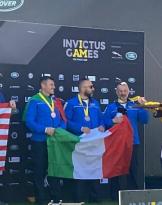 An excellent start for the GSPD Defense competitors at the Invictus Games taking place in The Hague in the Netherlands which ...
212
Read 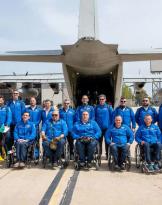 Yesterday, April 14, the Italian delegation of the Paralympic Defense Sports Group met at the airport ...
246
Read 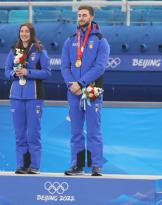 There are three Olympic medals won by the athletes of the Air Force Sports Center at the Games ...
103
Read