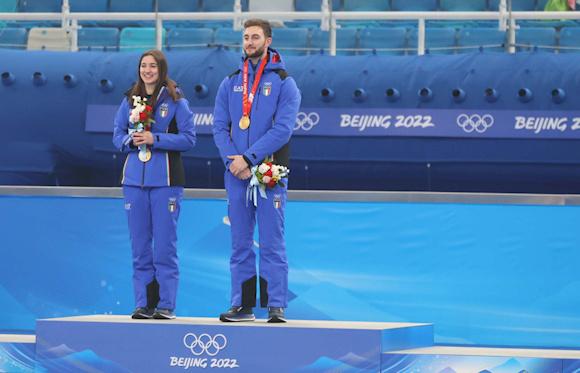 Second Olympic medal for an athlete from the Air Force Sports Center: Chief Airman Amos Mosaner, paired with Stefania Costantini of the Fiamme Oro Sports Group of the State Police, won the gold medal in mixed curling at the winter Olympics in Beijing 2022.

The Italian couple beat in the Olympic final at the National Aquatics Center from Beijing the Norwegian couple, made up of Kristin Skaslien and Magnus Nedregotten.

It is a historic medal for Italy, it is the first time that the blues of curling get on the top step of the podium in an Olympic competition.

The award ceremony of the tournament took place at the "Villa Chayes" sports center of the Naval Academy of Livorno ...
156
Read

The military athletes of the Army Olympic Sports Center have conquered, at the World Swimming Championships in Budapest and at the ...
67
Read

Other flattering results for the GSPD Defense competitors at the Invictus Games taking place in The Hague in the Netherlands ....
269
Read