Qatar: handover to the command of the Ita Cell 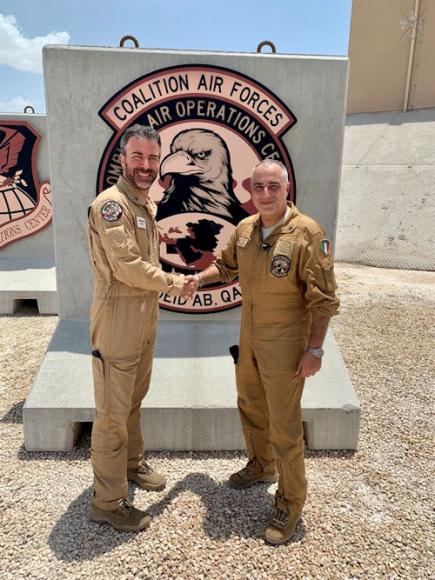 Colonel Iovane, in his thanksgiving greeting to the staff, expressed heartfelt appreciation for the work done and the support provided in achieving the ambitious and relevant objectives set by the superior authorities despite the particularly difficult historical moment.

In introducing himself to the staff, Colonel Martin declared himself honored by the task entrusted to him, underlining the precious contribution provided by the cell in the planning and conduct of operations in the operational theater and wanted to thank the outgoing commander for the professionalism, the valuable work done and the unanimous recognition and applause from the coalition leadership.

Starting from October 2014, as part of the Inherent Resolve international mission (OIR), Italy with the operation First Parthica it provides air and ground assets to the coalition, training capabilities for the Iraqi armed forces and police, and staff of multinational commands.

Il Combined Air and Space Operations Center (CAOC) at the Al Udeid air base, is the structure that deals with the Command and Control (C2) of air power over the entire area of ​​operations.

One is deployed at the CAOC joint national cell who has the task of coordinating the planning of the use of the Italian aircraft assets used in the operation and assisting the ITA SNR (Italian Senior National Representative) which, in its role of Red Card Holder (RCH), has the task of ensuring that the use of national assets takes place according to the political mandate and in compliance with the Rules of Engagement (ROE) and the "Caveats" approved by the Nation.