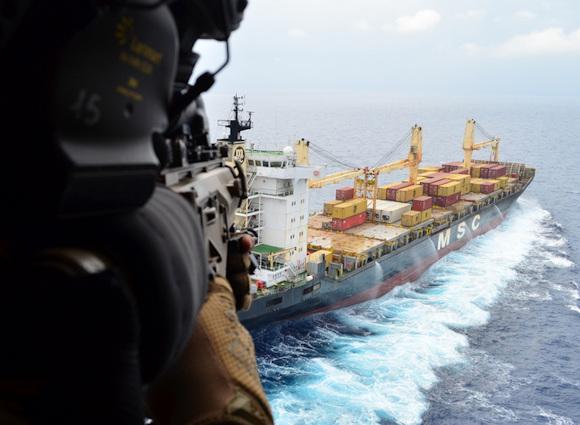 She returned to La Spezia Nave on 18 June Luigi Rizzo. Almost 4 months after its departure on 23 February, the frigate concludes its commitment in the Gulf of Guinea to protect national interests and the safety of maritime routes for the free use of the sea.

The numbers that characterized this mission: 116 days of continuous operational activity; about 165 hours of reconnaissance flight; daily contacts with over 100 merchant units of national interest in transit in the area; competition in the maxi-seizure of a cargo of over 6 tons of cocaine bound for the African coast and direct participation in the fight against three piracy events.

However, FREMM's commitment was broader. Arrived in the area of ​​operations, FREMM took part in important multi-national events, catalysts of the growing interest in the area by stakeholders international. Immediately involved in the OBANGAME EXPRESS 2021 maritime exercise, she conducted training and operational activities with the Navies and Maritime Security Forces of almost all West African countries, as well as European units, the USA and Canada.

Numerous virtual meetings organized by the Nave staff Rizzo together with the main Maritime Operations Centers (MOC) of Western Africa and the Navies of the coastal countries. Therefore, the promotion of collaboration between the Gulf countries and the security organizations of the Architecture of Yaoundé is fundamental. 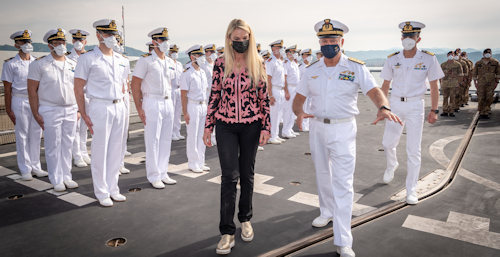 It was not, however, just advanced collaboration with coastal marinas or training activities. The Gulf of Guinea, in fact, has become the main hotspot of world piracy and the Italian mission is aimed at preventing and combating criminal acts to protect national interests. As underlined by the Undersecretary of Defense, Senator Stefania Pucciarelli, visiting the crew of the Rizzo ship deployed on the flight deck, "the maritime dimension lives on a perennial dichotomy: on the one hand the need to preserve the character of open space, freely usable on the high seas, and on the other the commitment to prevent and contrast its growing attempts at malevolent and criminogenic exploitation".

"Our Defense - continued the Senator - once again through the enabling tool of the Navy, it has shown a far-sighted vision in activating a series of strategic presences in the Gulf of Guinea. Role of primary importance in the containment and contrast to this very serious phenomenon which confirms us as one of the reference points in the international arena and therefore concerns maritime surveillance. In this sense, the operations you have successfully conducted are clear evidence of our country's responsible, constant and continuous commitment to preventing and repressing acts of piracy. "

To further highlight the results achieved by the frigate, the words of appreciation of the commander-in-chief of the naval team, team admiral Paolo Treu: "We have shown the whole world that our flags, despite the pandemic, are able to flutter even in distant seas in support of maritime defense and a sea that is everyone's heritage and a lifeline for the terrestrials of the blue planet." 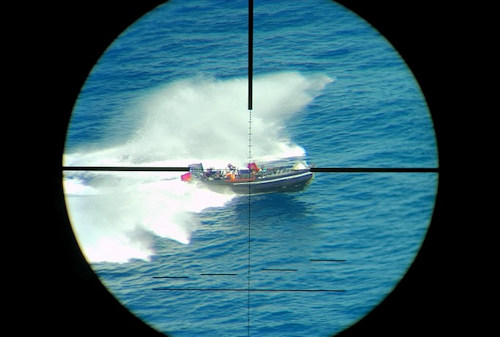 Specifically, as part of the constant support activity for the national maritime sector operating in the area, Rizzo vessel conducted joint exercises with ASSARMATORI, CONFITARMA, ENI and SAIPEM in order to verify the national alarm chain and confirm the perfect union between the cluster national maritime and the Navy.

As part of this growing network of cooperation between the units at sea, the merchant shipping, the local authorities and the coastal navies, many episodes of piracy have occurred in which Nave Rizzo was called to intervene. The example of the event that took place on April 21, when the SH-90 helicopter embarked on the FREMM, with the sharpshooters of the marine brigade on board Saint Mark, about 150 miles off the Nigerian coast, he had spotted one skiff with nine pirates on board and equipment suitable for boarding commercial shipping. The pirates, aboard the small boat, quickly began their escape at high speed to escape the helicopter that had spotted them. Nave's intervention was timely Rizzo which immediately alerted the merchant ships in transit and the coastal authorities for the actions of competence, in fact averting the imminent attack and forcing the pirate vessel to retreat into the Niger Delta. Equally important was the rescue guaranteed by FREMM in favor of the M / N CONTSHIP NEW, the object of an attack on the following 23 April, culminating in the escort in the port of Lomé by the Togolese Navy.

The men and women of the "glorious Rizzo", as defined by Admiral Treu, can finally hug their loved ones again after almost 5 months. 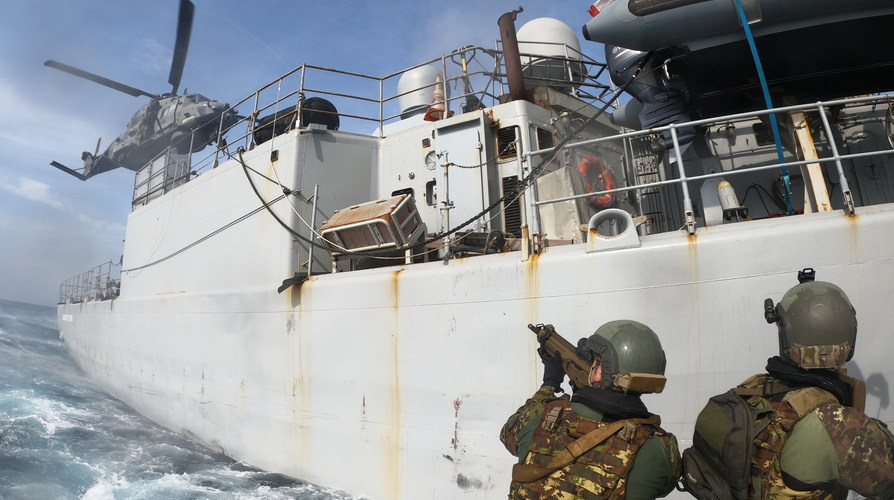 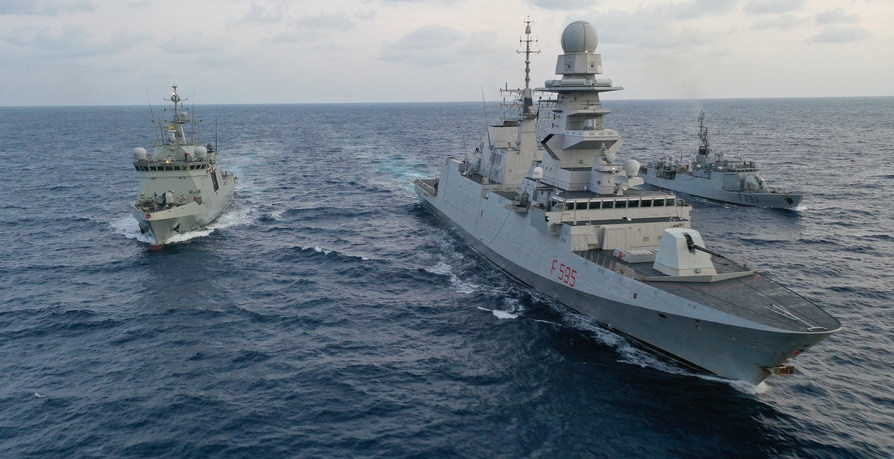