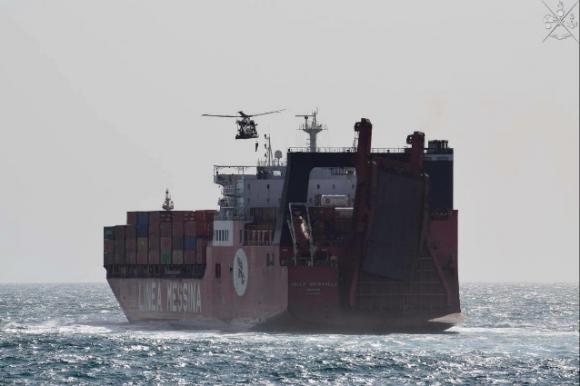 In the afternoon of 8 August, in the waters of the Gulf of Aden, an anti-piracy and Maritime Security exercise was held which involved the motor ship Jolly Crystal of the Ignazio Messina & CSpA group associated with Assarmatori, the Maritime Operation Center (MOC) at the command in chief of the naval squad (CINCNAV) and the frigate Virginio Fasan of the Navy.

The exercise took place in an extremely realistic operational scenario, simulating a boarding attempt against the motor ship Jolly Crystal who, while sailing to Jeddah (Saudi Arabia), simulated sighting a group of suspected pirates aboard a typical boat called a “skiff”.

Ship Fasan quickly caught up with the freighter and assumed responsibility for On Scene Commander (OSC) in order to secure the crew of the motor ship by inserting the operators of the Boarding Team with the technique fast rope via the SH101-A organic helicopter. 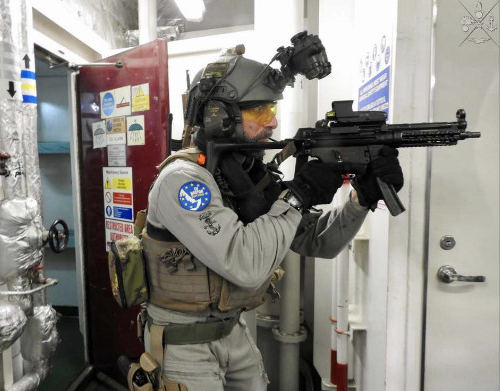 In this context, the naval projection force on the sea and from the sea, a synergistic union between the naval unit, the highly specialized personnel of the marine brigade Saint Mark (BMSM), del Underwater Operational Group (GOS) and the embarked helicopter section (SEZELICOT), is guaranteed by sea professionals with effective ability to intervene in critical situations to protect the crews of the Merchant Navy, as well as the result of collaboration and coordination with the CSOs (Company Security Officers) of the companies Italian shipowners.

Ship Fasan, engaged in EUNAVFOR Somalia Operation Atalanta to counter and prevent acts of piracy in the area of ​​the Gulf of Aden, the Horn of Africa and the Somali Basin by ensuring the freedom of navigation of merchant traffic, took the opportunity offered by today's exercise to carry out vigilance and reassurance towards Italian-flagged ships, through joint training and contextualization in the context of the EU Operation.

Therefore, the daily presence and surveillance of the unit continues in the areas of strategic interest in order to guarantee Maritime Vigilance, Maritime Security and Maritime Situational Awareness (MSA).

As part of the Naval Diplomacy activities carried out by the assets of the Safe Mediterranean operation, from 19 to 22 ...
26
Read

On the day of September 26, at the Gjorce Petrov barracks in Skopje, the ambassador of Italy, Andrea Silvestri ...
74
Read