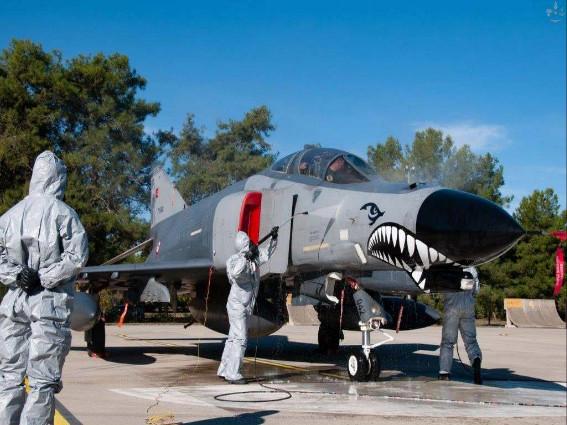 On the grounds of the military airport of Antalya, Turkey, the Toxic Trip 2021, the most important exercise in NATO for the defense against threats of a Chemical, Biological, Radiological, Nuclear nature in the aeronautical field (Air-CBRN) in which military personnel from various operational departments of the Armed Force took part, under the coordination and the guide from the 3rd wing of Villafranca and the support service of the logistic command.

The exercise, which began on November 6 with a simple opening ceremony in which the Defense Attaché of the Ankara Embassy, ​​Colonel EI Ettore Gagliardi took part, involved 12 NATO countries and 4 Partner Countries. The preparatory phase, divided into several months of planning, allowed for a meticulous organization of the phase live which, in this twenty-seventh edition, made it possible to train more than 650 soldiers.

Also this year, the Italian component made up of personnel from various Air Force bases managed to achieve the objectives set, confirming itself among the nations that are able to make the greatest experiential contribution in order of decontamination of aircraft and identification of agents. To verify the degree of preparation and knowledge of the procedures, the staff trained in the collection, sampling and reporting of data relating to the various possible types of contamination and, above all, in the remediation activities on aircraft.

La Toxic Trip 2021 represented an important opportunity for discussion between international experts to develop, consolidate and test tactics and procedures in the field of Air CBRN, pooling experiences for a harmonious development of defense capabilities, verifying and implementing shared protocols essential for intervening synergistically in contexts with a multinational connotation.

The experiences acquired in the various exercises by the CBRN personnel of the Air Force have also been usefully used for the benefit of the community during the Covid-19 emergency. In fact, since the early stages of the pandemic, specialists have played a fundamental role in setting up a structure that has made it possible to carry out the first screening of compatriots repatriated from China and Japan with the KC767 aircraft of the Italian Air Force, and ensuring the healthiness of Buffer Points of Defense located throughout the national territory and Defense Vaccinal Points open to the population. 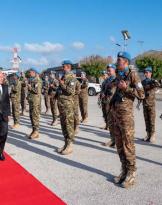 The Armenian Ambassador, His Excellency Vahagn Atabekyan, visited the command of Sector West of UNIFIL and the ...
153
Read

The commander of the NATO Mission in Iraq (NMI), gen. Giovanni Maria Iannucci met at the Hotel Al Rashid in ...
232
Read

Nave Caio Duilio has recently crossed the Pillars of Hercules, undertaking the oceanic route that will bring unity ...
55704
Read