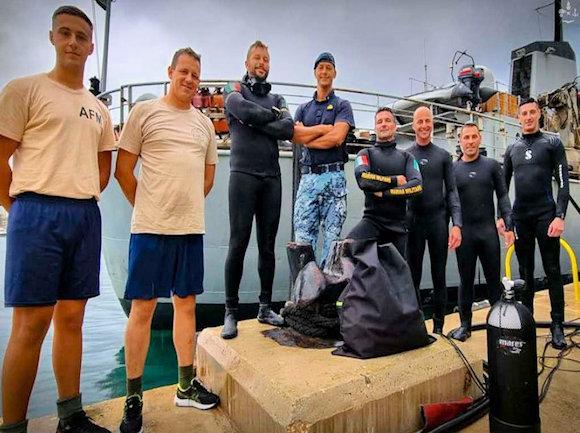 In the week from 19 to 23 September, at the Floriana base, a mobile training team of the Diving Operations Group of COMSUBIN, made up of staff from the SDAI Nucleus of Augusta (four diving operators and a nurse), carried out, as part of the consolidated bilateral cooperation between the Defense Staff and the Maltese Armed Forces (AFM), a training period for personnel EOD diver of the third regiment of the military device of the Mediterranean island.

In particular, intervention techniques for the contrast of improvised devices (IED) aimed at naval units or within port works (Counter IED in maritime environment) were addressed which, combined with practical activities carried out in realistic scenarios, allowed Maltese personnel to acquire the necessary knowledge to operate in underwater reclamation operations, significantly implementing their expertise and ability to intervene in a particularly delicate sector such as that of the fight against the asymmetric threat caused by the aforementioned type of ordnance.

At the headquarters of the Engineering Regiment in Beirut, in the presence of Colonel Farhat of the training directorate, of the...
81
Read