Home News armed forces Missions Lebanon: project for the use of resources ...

Lebanon: project for the use of underground water resources 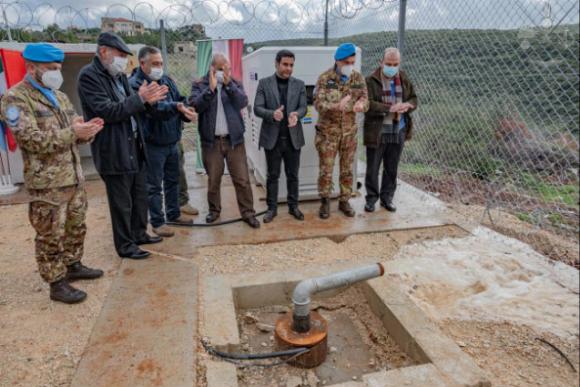 The Italian blue helmets of the UNIFIL mission continue to encourage activities in favor of the Lebanese population by completing a water supply project from an artesian well with a pumping system powered by a generator in the town of Naqoura, in the extreme south of Lebanon.

The project, which is part of the activities for the intervention area of ​​essential support to the civil environment - water sector, is the result of the joint collaboration between the Italian contingent, thecivil affairs office of the UNIFIL command and the municipality of Naqoura and was built for the benefit of the local population.

The realization of the project went through various phases. Initially, the works concerned the maintenance of the existing artesian well, subsequently assembly was carried out with materials purchased on site, and the installation, by the engineers of the ITALBATT genius company, of a perimeter fence of the site, then the CIMIC cell of the Italian contingent provided for the supply and installation of the water pump and, at the end, thecivil affairs office of the UNIFIL command, installed the related 100 kW generator for energy supply.

The charity initiative in favor of the municipality has assumed a high social value as the underground water resources represent the most precious water reserve, being characterized by an excellent state of quality and availability that is not affected by seasonal fluctuations. 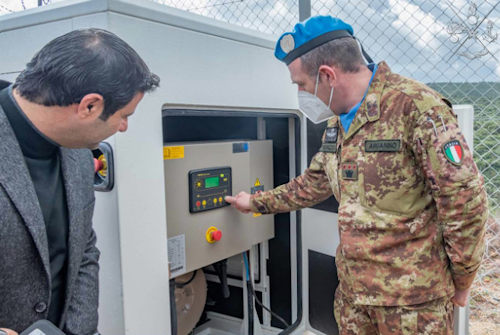 Present at the inauguration ceremony the chief of staff of the command of the western sector of UNIFIL, colonel Raffaele Aruanno, the mayor of Naqoura, mr. Abbas Awada, the commander of the ITALBATT genius company, some members of the municipal council of Naqoura and representatives of thecivil affairs office of the UNIFIL command.

The mayor thanked the Italian contingent andcivil affairs office of UNIFIL for the realization of the important project, expressed gratitude and great appreciation for the peacekeepers in general and for the Italian ones in particular, and underlined the close bond of friendship that binds the Italian peacekeepers to the population of Southern Lebanon.

The project, financed with funds from the Italian Ministry of Defense, was developed and completed by the CIMIC cell (made up of specialists from the Multinational CIMIC Group of Motta di Livenza). The initiative was carried out in close coordination with the local authorities, making use of materials purchased locally.

The Italian military contingent, based on the Friuli Aircraft Brigade, under the command of Brigadier General Stefano Lagorio, in addition to the fundamental control operations of the territory for the fulfillment of the UNIFIL mission, by virtue of Resolution 1071, supports the population with professionalism and commitment. local institutions in order to also strengthen the traditional bonds of friendship that bind Lebanon and Italy.