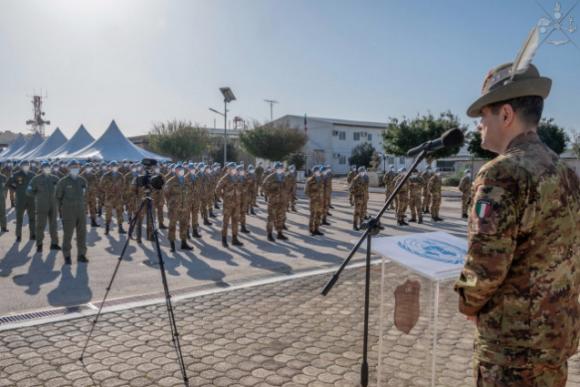 General Figliuolo arrived in Beirut yesterday, representing the Italian Ministry of Defense, presided over a formal ceremony of donation to the Lebanese Armed Forces of means of transport and logistical support to emphasize the close link established for years between the two Nations.

The donation of the vehicles had already been communicated to the Lebanese military authorities by the Italian Minister of Defense Lorenzo Guerini during the meetings that the minister had held during his official visit to Lebanon on 23 and 24 December 2021.

General Figliuolo, commander of the Interoperable Summit Operations Command (COVI) was accompanied by the ambassador of Italy to Lebanon Nicoletta Bombardiere and by force commander general Stefano Del Col.

The COVI commander visited the "Millevoi" base in Shama in southern Lebanon, where the command of the Italian contingent is located, on the occasion of the day on which the "Friuli" aircraft brigade surrendered to the "Pozzuolo del Friuli" cavalry brigade the command of the “Leonte” operation as part of the UNIFIL mission, the United Nations Interposition Force deployed in South Lebanon. 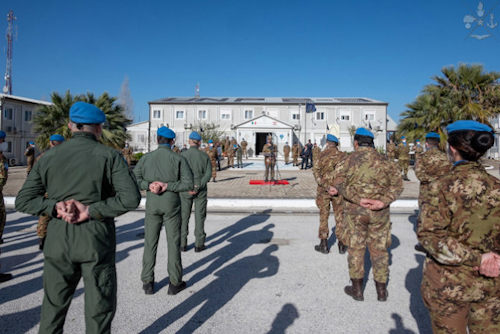 At the premise of the handover ceremony, General Figliuolo spoke to the deployed Italian contingent and, after greeting the Minister of Defense Lorenzo Guerini and the Chief of Defense Staff Admiral Giuseppe Cavo Dragone, drew up an assessment of the six months of mandate of the multinational contingent led by the “Friuli” brigade, praising it "The exceptional work done to achieve the objectives during the mission which, despite Covid, was met with excellent results, providing assistance and support to the armed forces and the Lebanese people".

About 1.100 Italian soldiers are active in Lebanon, engaged in the framework of the United Nations mission (UNIFIL) and the bilateral mission launched by Italy (MIBIL).

Lebanon is the operational theater with the largest number of Italian soldiers engaged in an international mission ".

The frigate Carlo Bergamini returned to Taranto on 2 July at the end of a long period of assignment ...
164
Read

With the participation of gen. ba David Morpurgo, deputy commander of the DACCC of Poggio Renatico, at the Distinguished ...
192
Read