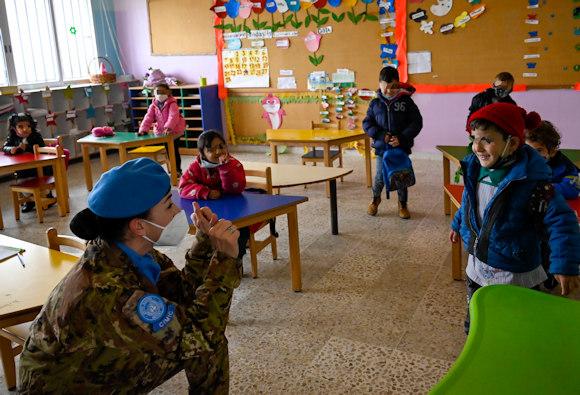 The inauguration ceremony of a renovation project of the HUMAYRI State Middle School, a village belonging to the area of ​​responsibility of the Western Sector of UNIFIL under Italian leadership, organized and conducted by the cell that expresses the capacity for cooperation, took place in recent days. Civil-Military (CIMIC).

The event was attended, in addition to the commander of the West Sector, Brigadier General Massimiliano Stecca, the Kaimakam of the Municipality of Tire, Mohamad Jaffal, the head of the State Education Office of South Lebanon Ahmad Saleh, the director of the School, Hussein Berri and numerous other local authorities.

The ceremony was sealed by the cutting of the ribbon by the commander of Sector West with the authorities present, which took place in a setting of children, parents and teachers who will use the school structure. The renovation works, financed by Italian funds, concerned in particular the entrance to the school and other common areas.

The local authorities who took part expressed a deep sense of gratitude towards UNIFIL and the Italian contingent, underlining the close and solid bond that unites Lebanon with Italy.

The CIMIC component of the Western Sector of UNIFIL is mainly composed of personnel from the CIMIC Group South of Motta di Livenza who, in numerous international missions, also make use of the professionalism of Officers belonging to the selected Army reserve.

The Italian mission in Lebanon is currently led by the "Pozzuolo del Friuli" cavalry brigade, in its sixth term in the "Land of the Cedars" with the colors of the United Nations and is responsible for the Western Sector of UNIFIL in which 3800 Blue Helmets of 16 of the 46 contributing countries to the UN mission and of which about 1.000 Italian soldiers are part of.

The Italian Blue Helmets operate in Lebanon with impartiality and transparency, close to the Blue Line (blue line), the demarcation line with Israel, to ensure stability in the area for over 15 years, monitoring the cessation of hostilities, assisting and supporting the Lebanese Armed Forces (LAF) and providing support to the local population also through numerous CIMIC projects. 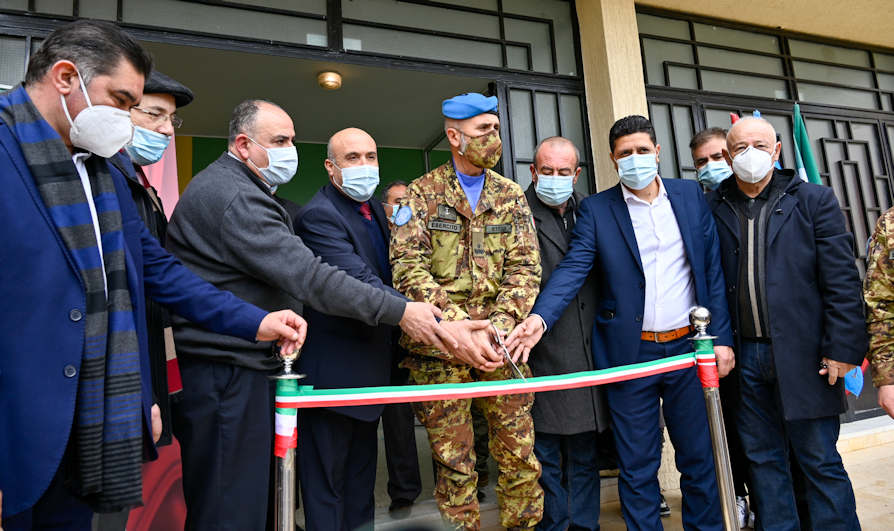