Lebanon: the feast of the Genoa Cavalry regiment is commemorated 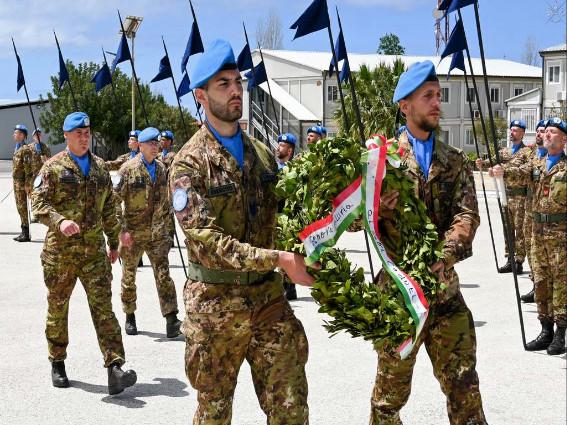 The blue helmets of the regiment Genoa Cavalleria (4th), currently engaged in the Unifil mission in Lebanon, commemorated the 226th anniversary of the Battle of the Bricchetto, party of the Corps of the regiment.

During two sober ceremonies held at the Italian bases of Al Mansouri and Shama, i dragons di Genoa Cavalleria they placed a laurel wreath at the war memorial.

At both commemorations, in full compliance with the regulations for the containment of Covid-19, the commander of ITALBATT (led the regiment Serenissima lagoon) colonel Claudio Guaschino, and the commander of the squadron group of Genoa Cavalleria, Lieutenant Colonel Terenzio Mazzei, framed in the ranks of ITALBATT.

An additional squadron of the regiment Genoa Cavalleria provides the Sector Mobile Reserve of the commander of the West Sector.

On 21 April 1796 i dragons di Genoa Cavalleria they sacrificed themselves near the Colle del Bricchetto in Mondovì (CN), rejecting the Napoleonic cavalry. For this fact of arms, two Gold Medals for Military Valor were granted to the Regimental Standard by the then Duke of Savoy and King of Sardinia Vittorio Amedeo III, who wrote in the motivation: … Just one is not enough to reward so much value….

The Italian mission in Lebanon is currently led by a cavalry brigade Pozzuolo del Friuli, in his sixth term in the Land of the cedars with the colors of the United Nations, under the command of Brigadier General Massimiliano Stecca and has the responsibility of West Sector of Unifil in which 3.800 UN peacekeepers operate from 16 of the 46 contributing countries to the UN mission and of which 1.000 Italian soldiers are part of.

In the presence of the air squad general Nicola Lanza de Cristoforis, deputy commander of the Operational Command of ...
837
Read