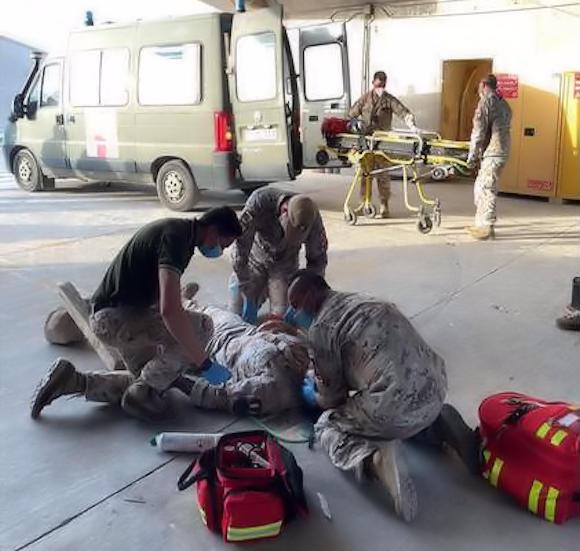 The capacity verification exercise was held at the Alì Al Salem air base in Kuwait on 11-12 June MEDical EVACuation (MEDEVAC) ofItalian National Contingent Command Air (IT NCC Air) which involved the Task Group MEDAL, the C-130-J assets of the 46th air brigade of the Italian Air Force and the personnel of the air contingent.

The exercise had the purpose of highlighting the synergy between the medical staff employed in support of the contingent and the flight crews of the C-130-J aircraft, simulating the actions to be taken in the event of an emergency MEDEVAC: the medical evacuation order ; mission planning; the preparation of the hospitalized aircraft according to the pathologies or traumas of any transported.

Il Task Group MEDAL has the mission of guaranteeing MEDEVAC and Air Lift operations, providing support in all the theaters of the Near East affected by the Italian presence (Kuwait, Iraq, Djibouti and Somalia), using the C130J or C130J-30 aircraft with specific capabilities such as transport in bio-containment, through the use of ATI (Aircraft Transport Isolator) stretchers, the possibility of operating from semi-prepared short runways jointly with ERO (Engines Running Ops) operations, minimizing time on the ground and the consequent exposure to potential terrestrial threats .

Since September 2014, the Italian Armed Forces, through units and assets of the Air Force, have been carrying out surveillance, reconnaissance and data collection activities with aircraft in Kuwait Euro Fighter e Predator.

Furthermore, they guarantee the in-flight refueling of all the coalition assets, through the use of the KC-767 aircraft, protection activities with the EC27J and ensure the defense of the airspace with the Integrated Air Defense and Missile System SAMP / T of the 'Italian army. 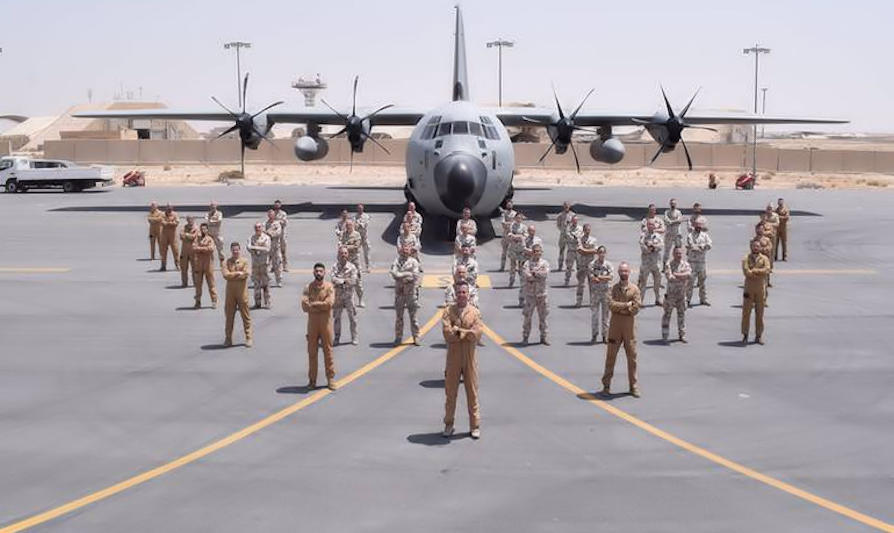 In the presence of the air squad general Nicola Lanza de Cristoforis, deputy commander of the Operational Command of ...
715
Read

It took place on the afternoon of last Saturday, June 18, at the multipurpose hall of 'Camp Singara', the base that ...
280
Read

On 19 May, the European Multi Mission Frigate Carlo Bergamini received a distress call from the ...
934
Read